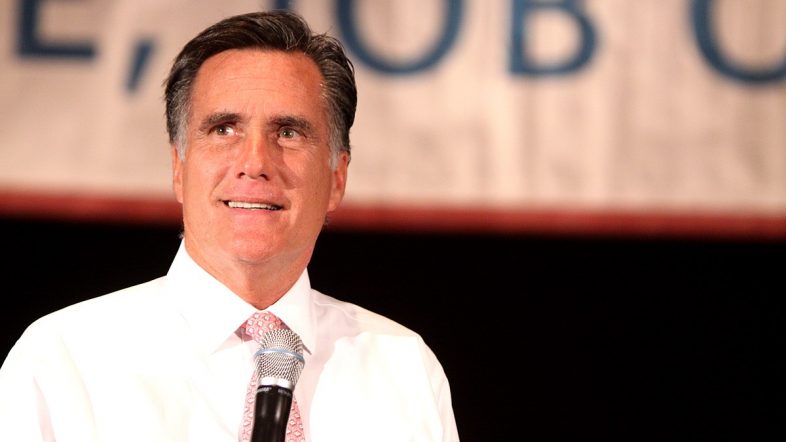 Romney spoke with CNN’s Dana Bash on a variety of topics, but didn’t miss the opportunity to throw his fellow party members under the liberal network’s bus.

Senator Romney (R-UT) gave statements on a range of topics, from Ukraine to Marjorie Taylor-Greene. However, when asked for his thoughts on supposed “pro-Putin sentiments” that some conservatives and elected Republicans have embraced, Romney had much to say.

Well a lot of those people are changing their stripes as they’re seeing the response of the world and the political response here in the U.S. But how anybody in this country which loves freedom can side with Vladimir Putin — who is an oppressor, a dictator, he kills people, he imprisons his political opponents. He’s been an adversary of America at every chance he’s had. It’s unthinkable to me. It’s almost treasonous, and it just makes me ill to see some of these people do that. But of course, they do it ’cause it’s shock value and it will get them more eyeballs and make a little more money for them and their network. It’s disgusting. I’m hopeful you’re seeing some of those people recognize just how wrong they were.

Romney did not call anyone out by name. His comments seemed to allude more strongly toward Fox News’ Tucker Carlson than anyone else, who has frequently questioned why the US should not take Russia’s side.

Bash asked him to follow up on the word “treasonous” by bringing Donald Trump into the mix. “Treasonous is a big word, so I just have to quickly follow. Would that include the former president?”

“Well, I said it’s nearly treasonous,” Romney answered. “Standing up for freedom is the right thing to do in America. Anything less than that, in my opinion, is unworthy of American support.”