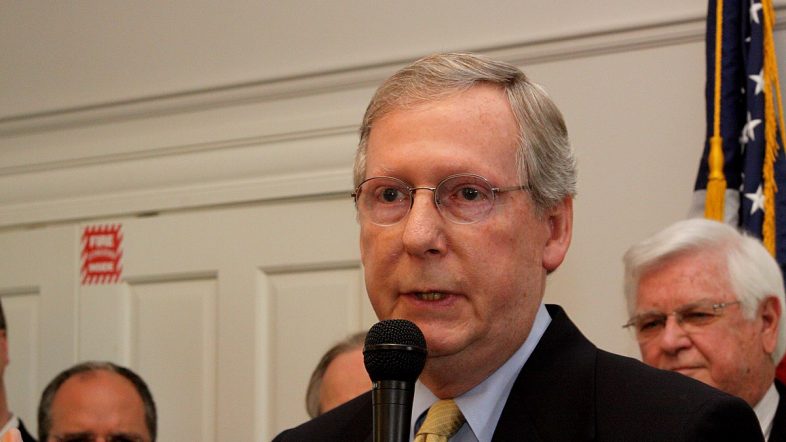 The Republican Senate leader also said that there is “very little election fraud” but that it “happens occasionally,” comments that clashed with ongoing claims from former President Donald Trump’s wing of the party, which has insisted that voter fraud is rampant and the 2020 election was stolen.

McConnell was asked at the Scott County Chamber of Commerce in Georgetown, Kentucky, about the results of NBC News’ latest national poll, which showed a majority of American voters support various investigations into alleged wrongdoing by Trump. The poll was conducted after the FBI searched Trump’s Mar-a-Lago estate on Aug. 8.

Asked about Americans ranking threats to democracy higher than other issues, including the cost of living, McConnell told reporters, “I do think it’s an important issue. There were those who were trying to prevent the orderly transfer of power for the first time in American history,” after the 2020 presidential election, “and that was not good.”

But the top Senate Republican does not believe that American democracy is facing immediate danger, citing efforts to interrupt the peaceful transfer of power between the election on Nov. 3 and the inauguration on Jan. 20, 2021, that were “thwarted.”