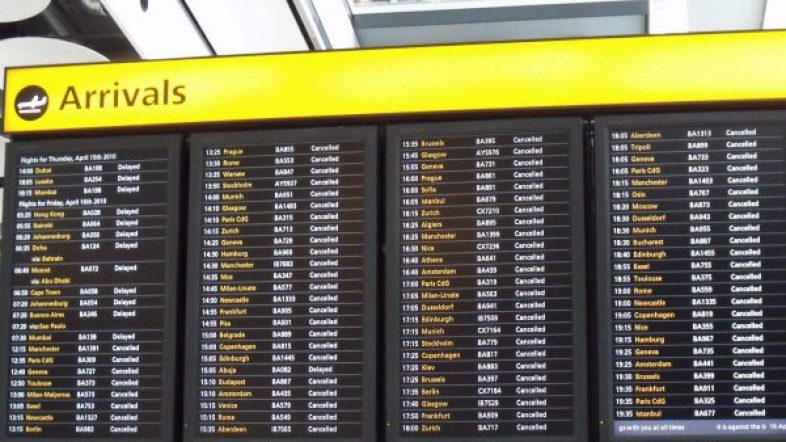 Delayed and Canceled Flights at Heathrow Airport. Photo by KTo288

Thousands of flights were canceled or delayed over the weekend after the omicron covid variant caused many airline crew members to be forced into quarantine after testing positive.

The Details: Approximately 2,300 were canceled on Monday after a busy holiday weekend that saw an additional 2,300 more cancellations and airline delays.

Though bad weather and other maintenance issues played a part, several large airlines admitted that the bulk of the cancellations were due to many aircrews being thinned down due to omicron infection.

The airlines noted that they had seen a significant increase in sick call ins among their crews due to the Omicron variant.

A whopping 12 percent of JetBlue’s flights were canceled on Sunday due to the crisis.