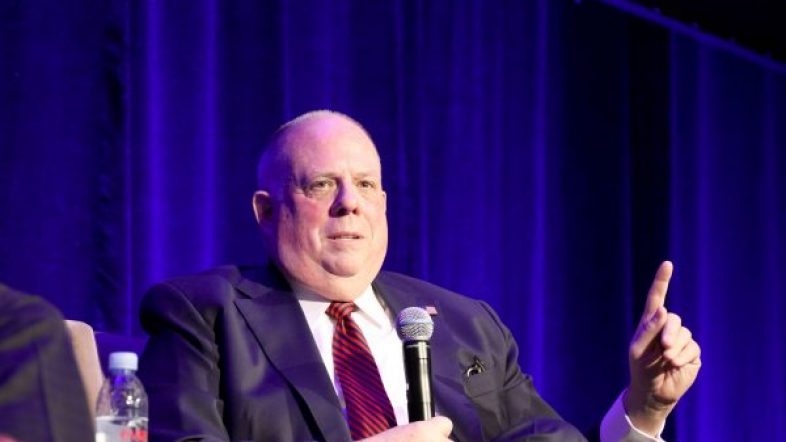 Background: Last week, senior Judge Lynne A. Battaglia of the Circuit Court for Anne Arundel County recently decided to throw out the initial map proposal because it unfairly favored Democrats.

The map rejected in court would have created seven safe Democratic districts and one competitive district, cutting out the likely Republican seat.

The March 25 ruling said that the earlier map had “constitutional failings” and ignored requirements of focusing on “compactness” and keeping similar communities together.

She ordered the General Assembly to redraw the map by March 30, an incredibly tight deadline.

Why It Matters: According to a former aide to Gov. Hogan, Democrats are favored to win six districts under the new map, and Republicans to win one, with an eighth district considered highly competitive.

The midterm elections are set to be a major test for Democrats, who are desperate to hold on to slim majorities in the House and Senate despite President Biden’s low approval rating.

The new map will most likely result in a congressional delegation that will look a lot like the current one.

What Gov. Hogan Says: The governor said that the new congressional map was not as good as the one drawn by the bipartisan Maryland Citizens Redistricting Commission, whose co-chairs he appointed.

“Obviously you can’t get everything you want, but it’s almost everything we want,” he said. (per The New York Times)