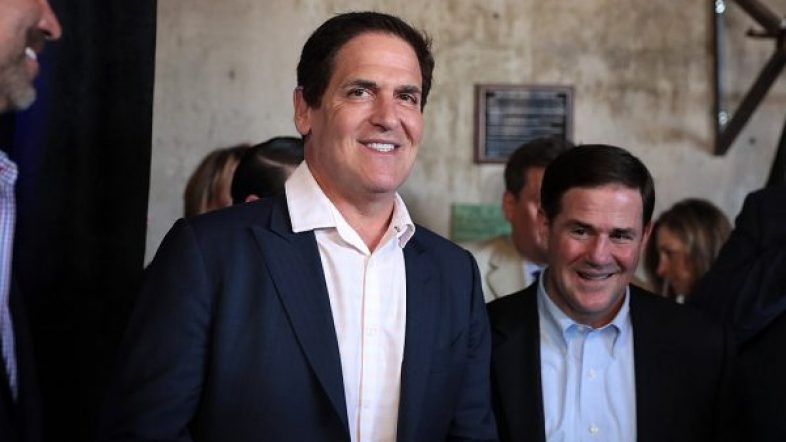 Mark Cuban and Governor Doug Ducey speaking with attendees at the 2019 Arizona Technology Innovation Summit at The Duce in Phoenix, Arizona. via Gage Skidmore

Context: Cuban purchased the town of Mustang, Texas which has a population of 21.

The town boasts 77-acres of blank canvas for Cuban.

What this means: Cuban said he purchased the town from a friend who was looking to offload it.

The Dallas Mavericks owner said he has no idea if he will do anything with it.

CNN, who reported the story, stated that the town was founded in the 1970s and boasts little more than a trailer park and a strip club.