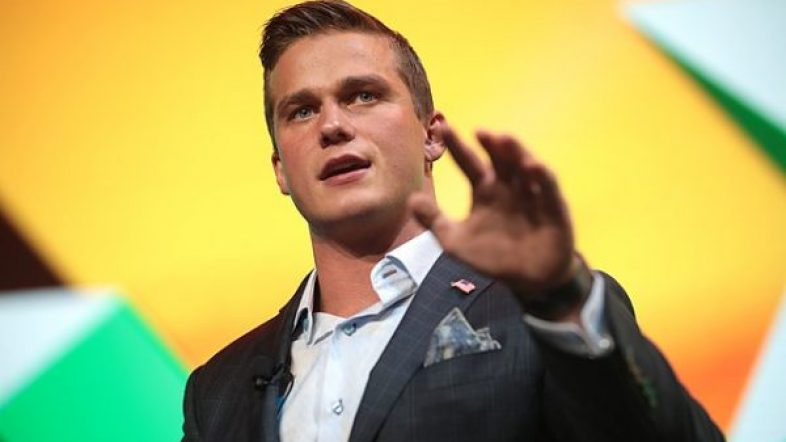 A former district staffer is accusing the congressman of improperly firing her after denying family and medical leave.

Lisa Wiggins, a former district staffer for Representative Madison Cawthorn (R-NC), was secretly recorded ranting on a phone call with the head of an anti-Cawthorn PAC.

Wiggins was called out by David Wheeler, the president of anti-Cawthorn American Muckrakers PAC, as she accused him of “denying me my FMLA” leave after her uncle passed and her husband suffered a heart attack within the same week.

She claims she was fired three days after being given a non-specific warning. She also decried the less-than-professional office space of Cawthorn’s campaign.

“They have more liquor bottles than they do water bottles,” Wiggins told Wheeler. “There’s always all kinds of animals in there. Kittens, puppies, you know. There’s a litter box in there, for heaven’s sake. I’m not against animals, don’t get me wrong, but it’s not professional.”

“He’s just a bad person, he’s a habitual liar, and he’s going to say and do anything he can to your face, but behind your back it’s completely opposite,” Wiggins also said.

North Carolina is a one-party consent state when it comes to recording conversations, so Wiggins was not made aware the calls was being recorded. Wheeler assured her that the conversation would remain confidential, but he then “realized he had a bombshell” on his hands and decided it was in the public’s interest to release the call.

Cawthorn’s office has adamantly denied the claims, saying in a statement:

“These accusations are verifiably false. The individual spreading these disgusting allegations is currently working for a primary opponent of Congressman Cawthorn. We believe these comments potentially amount to defamation of character, and are exploring options to ensure the Congressman’s name emerges from these slanderous remarks unscathed.”