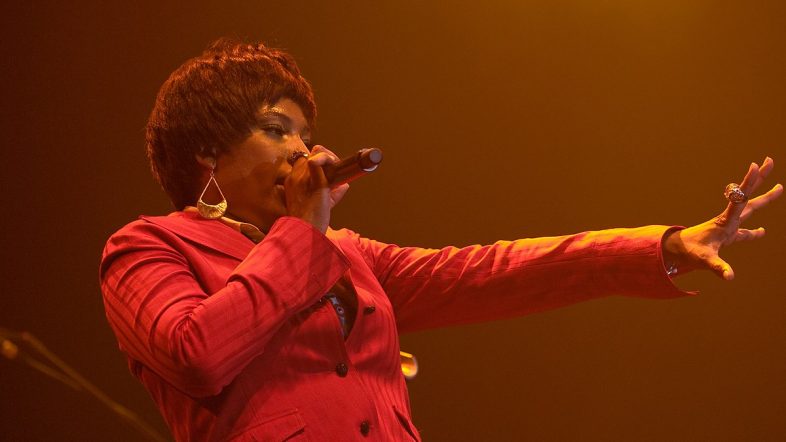 R&B singer Macy Gray will call transgender women “her,” because it’s their preferred pronoun, not because she believes that gender affirmation surgery makes them women.

“Just because you go change your parts doesn’t make you a woman,” she told “Uncensored” host Piers Morgan. “I know that for a fact.”

When Morgan asked her to define “woman,” Gray told him that “human beings” needed “boobs” and a “vagina” to start, and complained that the ideology surrounding gender identity was “getting confusing.”

Morgan parlayed into transgender sports with the disclaimer that he supports transgender rights “to fairness and equality,” but not when people are born with obvious physical superior bodies” are transitioning, and “thrashing the women at their sports.”

Gray concurred with his take and noted that even though “everybody” was going to hate her for making the comment, “as a woman,” she believes that though biological men “change their parts” with gender surgery, it doesn’t make them “a woman.”

Gray said that “you can call yourself whatever you want,” but “women go through a completely unique experience,” and surgical intervention “doesn’t change” the fact that biological men haven’t experienced the “epic book” of being a little girl.”

“You can’t have that just [because] you want to be a woman,” she remarked.

Morgan warned that Gray might be targeted by “the cancel culture mob” for her opinions, noting that formerly beloved “Harry Potter” author JK Rowling has been publicly shunned for social media posts that were widely considered transphobic.

“I don’t think you should be called transphobic just because you don’t agree,” she concluded. “There’s a lot of judgement and throwing stones at people for just saying what it is, you know what I mean?”