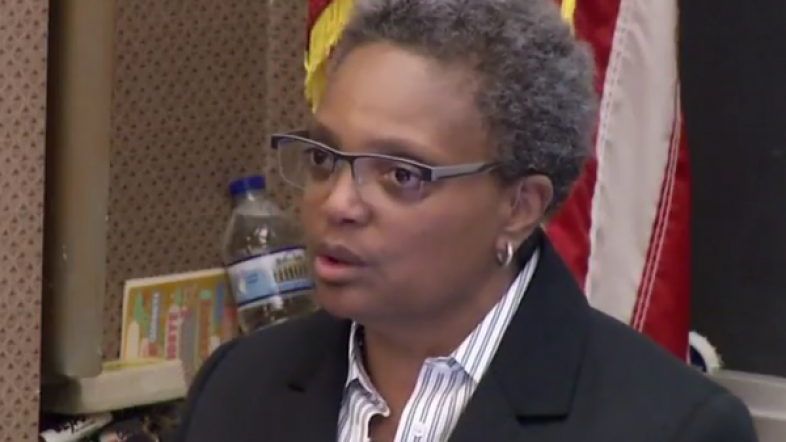 Chicago’s Democrat Mayor Lori Lightfoot was shocked when an Illinois judge officially blocked the city from implementing its vaccine mandate on police officers.

There are “two competing public interests, but one interest need not be scuttled in favor of another,” Judge Raymond Mitchell wrote in his ruling, according to the Chicago Sun-Times.

“Thankfully, Judge Mitchell heard our argument that we’ve been saying all along. This fight was about collective bargaining rights and the obligation for the city to go to the bargaining table and to arbitration,” said Catanzara Jr. according to ABC 7.

What Mayor Lightfoot Says: Democrat Lori Lightfoot was frustrated by the judge’s decision and accused the FOP of allowing people to die by opposing the mandate and telling “half-truths.”

“What they’re serious about is obstructing, obfuscating and telling half-truths. … I do not want people to die in my city when there is a life-saving, free, safe vaccine readily available,” the Democrat said, according to The Daily Wire.