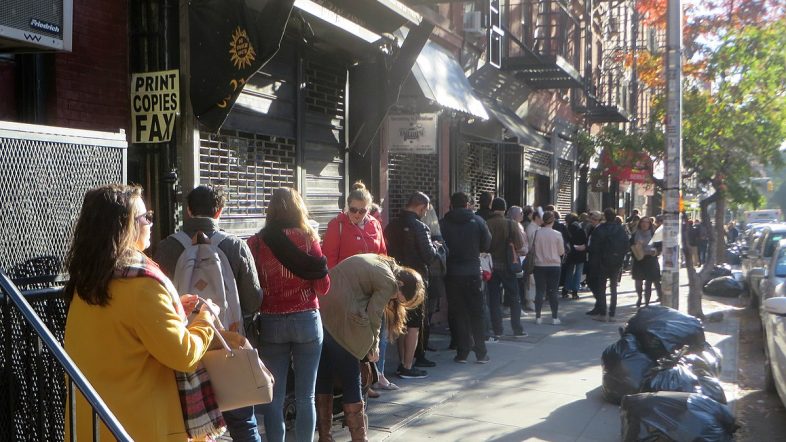 A judge was asked to block a state election law that bans handing out food and water to voters waiting in line. The judge instead allowed the law to remain in place for the November general election.

The provision is part of a sweeping elections overhaul passed by Georgia lawmakers last year. Voting rights groups, who have filed a lawsuit challenging multiple parts of the law, argued that the provision infringes their free speech rights and should be immediately blocked while the case is pending.

The 74-page order, which was issued Thursday, means that the provision will remain in effect for the closely watched November general election. Republican Gov. Brian Kemp is locked in a rematch with Democratic challenger Stacey Abrams, while Democratic U.S. Sen. Raphael Warnock is trying to fend off a challenge from Republican Herschel Walker.

The state had argued that the provision was necessary to protect against conditions at polling places that could raise worries over potential illegal campaigning or vote buying. State lawyers also argued it was too close to the upcoming election to make changes.

U.S. District Judge J.P. Boulee said the voting rights groups may ultimately prevail on part of their challenge, but he agreed with the state that it’s too close to the election to block any part of the provision. He noted that requiring different rules for the general election than those in place for the primaries earlier this year could cause confusion for election workers.