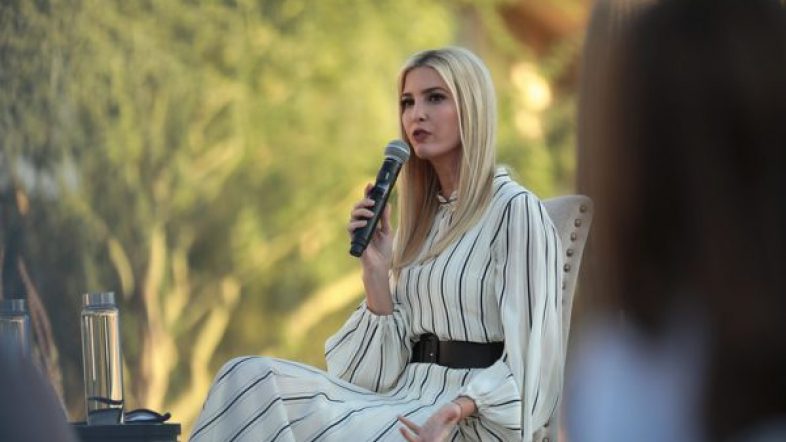 Background: The House Select Committee responsible for investigating the events surrounding the Jan. 6th capitol riot has requested a number of Republicans cooperate with their requests.

The panel has also subpoenaed a number of former Trump administration officials such as former White House Chief of Staff Mark Meadows. Some Republicans have refused to comply with the congressional committee’s orders which led them to be held in contempt of Congress.

On Wednesday, the Supreme Court rejected Trump’s request to block the National Archives from turning over records to the panel.

What Happened: The panel sent a letter to Ivanka Trump after the House panel began receiving Trump-era records. Amongst the digital records, the panel says that Ivanka called her father to ask him to condemn the violence on Jan. 6th as protestors stormed the Capitol.

“We know his daughter — we have firsthand testimony — that his daughter Ivanka went in at least twice to ask him to please stop this violence,” Ms. Cheney said in an interview on ABC News this month. (per The New York Times)

“The committee has information suggesting that President Trump’s White House counsel may have concluded that the actions President Trump directed Vice President Pence to take would violate the Constitution or would be otherwise illegal,” Mr. Thompson wrote. “Did you discuss those issues with any member of the White House Counsel’s Office?”

What Ivanka Trump Says: So far, the former senior Trump advisor has yet to comment on the panel’s requests however it’s likely she will refuse to comply with the demands.