Increased Pandemic-Era Demand for Delivered Goods Comes at a Cost

Increased Pandemic-Era Demand for Delivered Goods Comes at a Cost 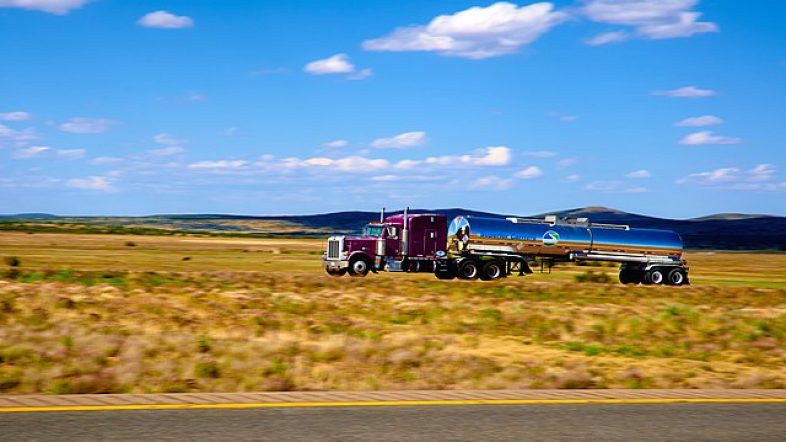 According to a new report, the very necessary trucking industry, which delivers goods and food to millions of people worldwide, does have a cost.

What’s Happening: With the disruptions in the global supply chain due to labor shortages, increased demand for delivered goods during the pandemic, and now as more people are leaving home less due to work-from-home being an ever-increasing reality.

And trucks, which are tasked with delivering all these goods are creating more traffic, as well as more wear and tear on American roads.

Truck mileage on all roads hit a record of nearly 300 billion miles in the 12 months ending September 2021. That’s roughly two percent above the same period in 2019, before the start of the pandemic, the FTR Transportation Intelligence, a freight forecasting firm notes.

Why it Matters: According to the Wall Street Journal, “Along the way they’re chewing up pavement, adding to congestion and infuriating residents, who must contend with 18-wheelers and delivery trucks as soon as they pull out of their driveways.”

“They’re also causing headaches for state and local governments that face multibillion-dollar bills to finance road upkeep and expansions.”
What People Are Saying: According to the American Trucking Associations:

Commercial truck traffic is vital to our nation’s economic prosperity and plays a significant
role in mitigating adverse economic effects during a national or regional emergency.

Our economy depends on trucks to deliver ten billion tons of virtually every commodity
consumed—over 80 percent of all freight transported annually in the U.S. In the U.S. alone,
this accounts for $700.4 billion worth of goods transported by truck. Trucks hauled 65.6% of
the shipment of value into Canada and 67% of the shipment of value into Mexico. It becomes
apparent that any disruption in truck traffic will lead to rapid economic instability