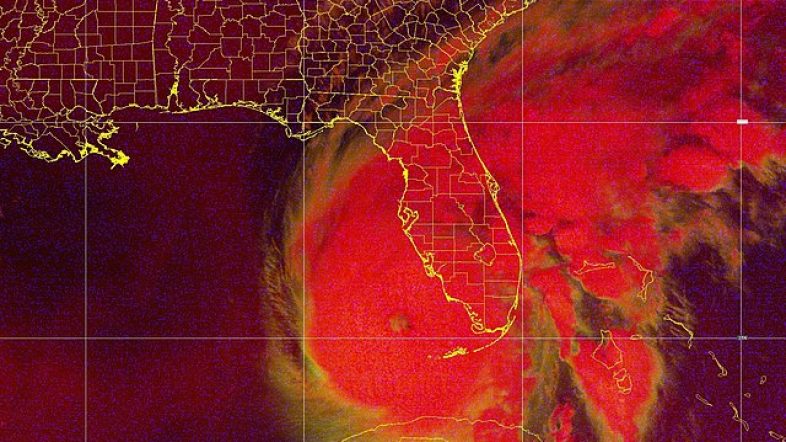 In his press briefing this morning, Governor DeSantis said that Hurricane Ian is already showing its effects on Florida.

Hurricane Ian strengthened into a Category 4 storm on Wednesday and roared to the brink of Category 5 status, its maximum sustained winds blasting at 155 mph as the west coast of Florida braced for landfall Wednesday afternoon.

AccuWeather forecasters predicted landfall just northwest of Fort Myers, between Don Pedro Island and Boca Grande, around 4 p.m. It will slam much of the state with life-threatening storm surge, catastrophic winds and flooding, the National Hurricane Center said. At 7 a.m., the center of Ian was located 65 miles west-southwest of Naples.

“We are now forecasting a catastrophic storm surge of 12 to 16 feet from Englewood to Bonita Beach,” the hurricane center advisory warned.

The governor told reporters in a briefing that current track has the storm making landfall in Charlotte County, with the highest risk areas ranging from Collier County and up to Sarasota County.

“If you are in any of those counties, it’s no longer possibly to safety evacuate. It’s time to hunker down and prepare for this storm,” he urged.

Those out on the roads should get to a safe place as soon as possible.

Residents who are hunkering down should wait to go outside until the storm has passed and be cautious afterward.

The governor said Ian could make landfall as a Category 5 hurricane.

“So, this is a major, major storm,” he stated, adding that the strengthening of the storm overnight has been “significant.”

DeSantis said FDEM Director Kevin Guthrie had requested additional airlift hoists and highwater vehicles from the Department of Defense in coordination with FEMA and that the Department of Transportation also has 1,200 personnel on standby to perform cut and toss operations.

The governor said 26 states have sent support ahead of the storm.

This story is developing.