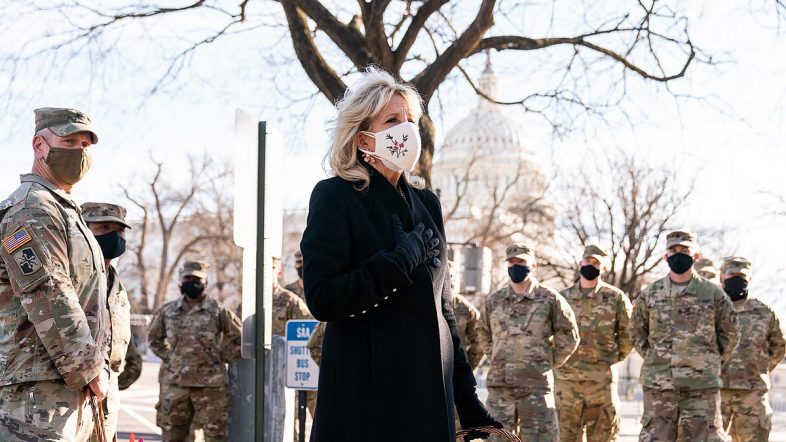 In the annual defense spending bill, House Democrats adopted an amendment which would give the mayor of DC authority over the capital city’s national guard, currently Muriel Bowser (D). That authority is currently held by President Joe Biden.

The measure was sponsored by three Democrats: Representatives Carolyn Maloney (NY), Anthony Brown (MD) and Delegate Eleanor Holmes Norton of DC, according to The Hill.

Governors are typically in charge of their state’s national guard, but the president oversees forces in Washington D.C.

After January 6th, discussion of who should take command over the guard has become a spotlight issue. Delegate Norton referenced the incident at the Capitol during a House floor debate on the amendment.

“During Jan. 6, the Trump administration delayed deploying the D.C. National Guard to the Capitol for several hours, likely costing lives and prolonging the attack,” she said.

“National guards are generally deployed for natural disasters and civil disturbances. The D.C. mayor, who knows D.C. better than any federal official, should be able to deploy the D.C. national guard to protect D.C. residents,” she added.

“I can’t believe this even has to be said, but the D.C. mayor is not the governor of a state. And the District of Columbia, which houses our federal government, is not and should never become a state,” he said during the debate.

The House is expected to pass the full National Defense Authorization Act this week, where it will then go to conference in the Senate. The amendment’s fate there is uncertain.