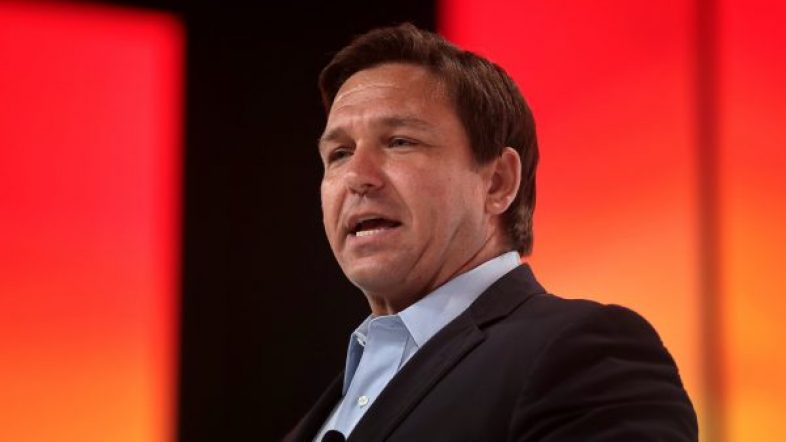 The next year will reveal GOP stars entering the arena announcing themselves for a 2024 GOP presidential primary.

The Wall Street Journal conducted a poll that revealed an early lead that Florida Governor Ron DeSantis has over Donald Trump among GOP primary voters.

In a hypothetical contest between the two, Mr. DeSantis beats Mr. Trump, 52% to 38%, among likely GOP primary voters contemplating a race in which the first nomination votes will be cast in just over a year.

The poll found that Mr. DeSantis is both well-known and well-liked among Republicans who say they are likely to vote in a party primary or nominating contest, with 86% viewing the Florida governor favorably, compared with 74% who hold a favorable view of Mr. Trump. One in 10 likely GOP primary voters said they didn’t know enough about Mr. DeSantis to venture an opinion of him. 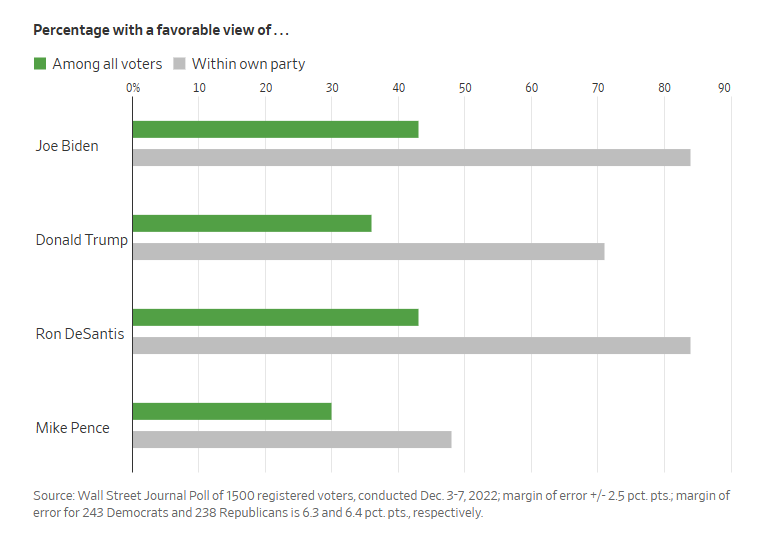 Among all registered voters, Mr. DeSantis is viewed favorably by 43%, compared with 36% for the former president. Favorable views of Mr. Trump were the lowest recorded in Journal polling dating to November 2021 and have been pulled down by a decline in positive feelings among Republicans. Since March, his favorable rating among GOP voters has fallen to 74% from 85%, while the share who view him unfavorably has risen to 23% from 13%.

The decline in Mr. Trump’s standing among GOP voters follows midterm election losses that some in the party have attributed to his significant involvement in candidate endorsements and promotion during the primary process.

Mr. DeSantis has become a formidable force in politics, winning a second term last month in a landslide—by 19 percentage points—reflecting big gains in support in Florida since his first election, by less than half a percentage point, to the governor’s office in 2018. 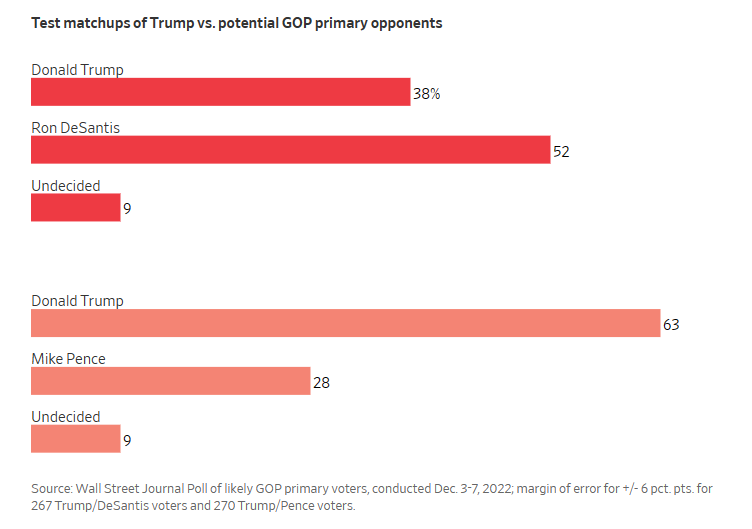 The Journal poll of 1,500 registered voters, with a margin of error of plus or minus 2.5 percentage points for the full sample, was conducted Dec. 3-7 by Impact Research and Fabrizio, Lee & Associates. The margin of error was plus or minus 6 percentage points among likely Republican primary voters. Half of the poll participants were reached on their cellphones, with the remaining split evenly between landline phones and text messaging accompanied by an online survey.