Governor Gavin Newsome: The Best Murderer in the West

Governor Gavin Newsome: The Best Murderer in the West 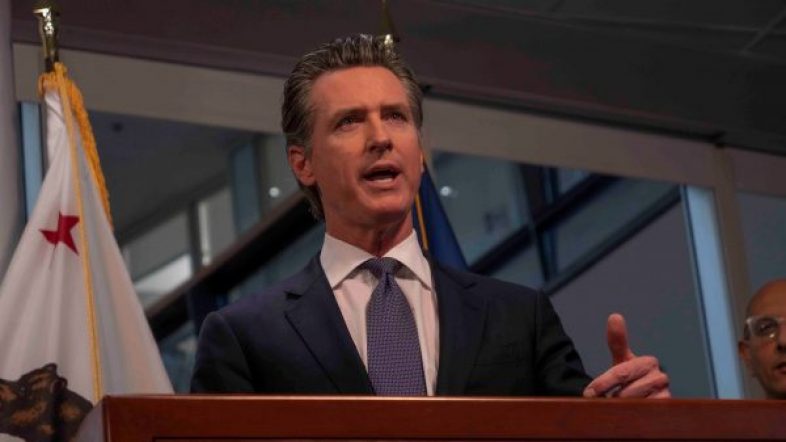 Governor Gavin Newsom. Photo by Office of the Governor of California

Governor Gavin Newsome has not only instituted an abortion fund in California, but he has expanded it to a whopping $20 million. The fund allows for women in pro-life states to visit California for abortions. The Governor caved into pressure from pro-abortion groups and used tax dollars to bring women from other states to California. Part of this fund will be used for incentives to encourage medical students to become abortionists.

Abortion kills an innocent life inside of the mother’s womb. Since this is true, then it is also true that Governor Gavin Newsome is committing acts akin to a serial killer. The California governor is luring women to his state by paying for their travel and abortion procedure. Newsome has many times affirmed is pro-abortion way of thinking, but now he has even more blood on his hands. As expected, this fund is at the mercy of the taxpayers’ dollars.

With the Roe v Wade decision earlier this summer, many states have made abortion illegal. But Governor Gavin Newsome refuses to protect the lives of his constituents and tourists. He believes that he is helping them, but the devil is in the details. No, Gavin Newsome isn’t helping these women. He’s harming them and killing their babies. These atrocities must be halted. California is not a safe haven for abortion, instead it is a state that cranks out as many of these slaughters as they can. We call on this Governor to cease and desist of using tax payer dollars to fund these murders – and of promoting the culture of death.