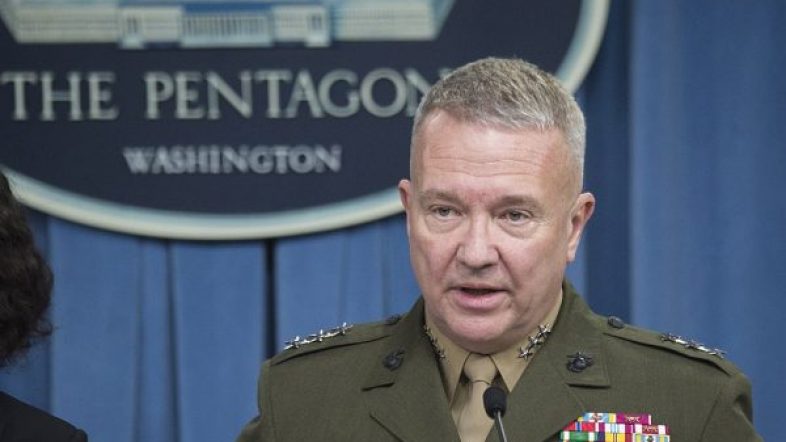 Dana White, the assistant to the secretary of defense for public affairs, and Lt. Gen. Kenneth F. McKenzie, the Joint Staff director, brief the press at the Pentagon in Washington, D.C., Nov. 16, 2017. (DOD photo by Navy Petty Officer 1st Class Dominique A. Pineiro)

Marine General Frank McKenzie revealed that in the aftermath of the U.S. withdrawal from Afghanistan the country has lost nearly all of its ability to track terrorists in the area.

Background: In late August the remaining U.S. military troops in Afghanistan withdrew from the region. The chaotic withdrawal left some Americans and millions of dollars of military equipment behind in the region which was quickly overtaken by the Taliban.

The devastating withdrawal sparked harsh criticism from both Republicans and Democrats as images emerged of Afghans and Americans attempting to flee the country.

Context: The official withdrawal means that the U.S. loses the ability to track other dangerous terrorist organizations, specifically Al-Qaeda and ISIS.

“So certainly we should expect a resurgent ISIS. It would be very surprising if that weren’t the case,” McKenzie said, adding, “It remains to be seen that the Taliban are going to be able to take effective action against them.” (per The Daily Wire)