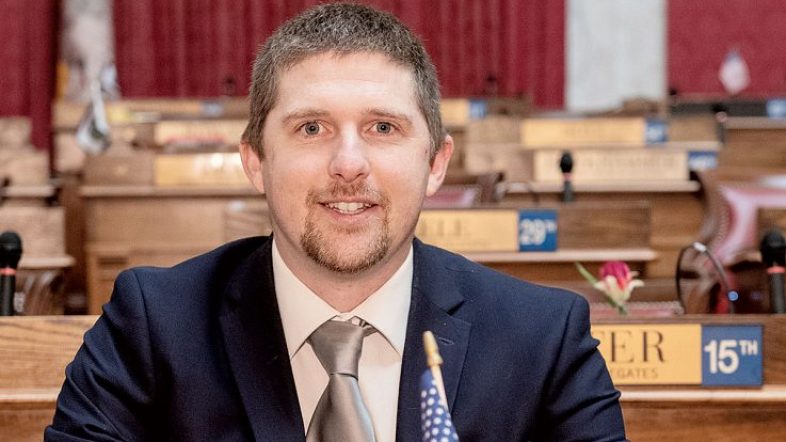 Derek Evans filmed himself yelling “Derek Evans is in the Capitol” after entering the building on January 6th.

Following the events on January 6th, Evans attempted to say he was “there as an independent member of the media to film history.”

A federal grand jury was not convinced, indicting him on five counts including a felony charge of obstruction of an official proceeding. On Friday, he pleaded guilting to one felony count of civil disorder, admitting he committed an act to obstruct, impede, or interfere with a law enforcement officer performing their duties during civil disorder.

Evans was sworn in to the West Virginia House of Delegates on December 14th, 2020. He was elected as a Republican though he had previously run for the same seat as a Democrat. He resigned on January 9th, 2021 shortly after his indictment.

His sentencing is set for June 22nd.