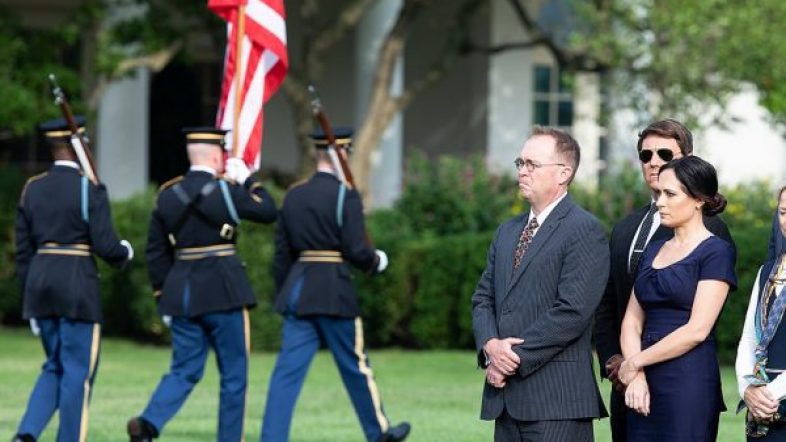 A coalition of former Trump administration officials is reportedly uniting to form an official plot to take down the former president.

Background: A number of disgruntled former Trump White House officials have repeatedly made their disdain for the former Commander in Chief known following their exits.

Following the Jan 6. Capitol riot a number of Trump officials, including White House Press Secretary Stephanie Grisham, decided to quit their jobs in the White House since then they have repeatedly slammed the former president and their time in the White House during interviews.

In the months since losing the 2020 election, Trump has hinted at launching another presidential campaign in 2024.

What Happened: Now a number of Trump officials, including Grisham, are attempting to make a formal plan to ensure Trump never becomes president and doesn’t become any more powerful in American politics.

In an interview with CNN, Grisham confirmed a group of former Trump administration officials will meet next week to discuss how to “try and stop” former President Trump and the “kind of violence and rhetoric that has been talked about and continues to divide our country.”

“I think that there were a few of us who, again, have been sitting back watching him continue to manipulate and spread this big lie and continue to harm our country. And [we] started some informal chats and then started throwing around ideas of what we could do, how we could formalize it,” Grisham said. (per Politico)

Who Is Involved: Grisham refused to name all of the individuals who plan to attend the anti-Trump meeting but said there are around 15 officials, some of whom ranked higher than her.

However, a few officials have already been revealed:

Context: The discussion from Trump adversaries on how to stop him underscores the power he still has over the Republican Party. Despite efforts from the left to attack Trump, he has remained an icon to the conservative base.

Multiple polls have revealed that many Americans, especially conservatives still see Trump in a positive light and plan to vote for him in 2024 if he runs for president.