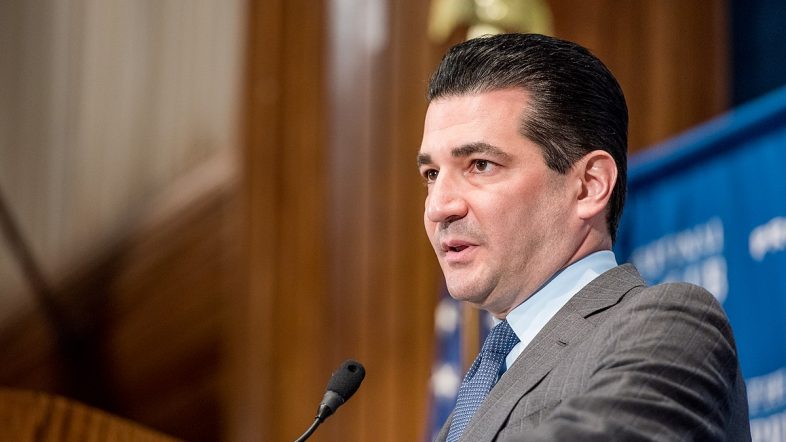 After Speaker Nancy Pelosi (D-CA) tested positive for COVID-19 last week, the White House sought to downplay concerns that President Joe Biden was at risk of catching the virus from her.

White House Press Secretary Jen Psaki told reporters that Biden was not considered a close contact of Pelosi’s as defined by the CDC because they spent less than 15 minutes together.

Former FDA Commissioner Scott Gottlieb was frustrated with that excuse.

“That’s the problem with the CDC guidance. The CDC guidance was always bizarre. It talked about 15 cumulative minutes as if this is radiation exposure, that you have increased risk from cumulative exposure. This is binary. You either catch it or you don’t,” Gottlieb said on CBS’s “Face the Nation”.

“With respect to the president, I hope he does well and doesn’t catch it. I do think he’s probably out of the woods from his exposure to the Speaker of the House, but saying that that wasn’t close contact where we have pictures of him hugging the Speaker, that clearly was close contact.”