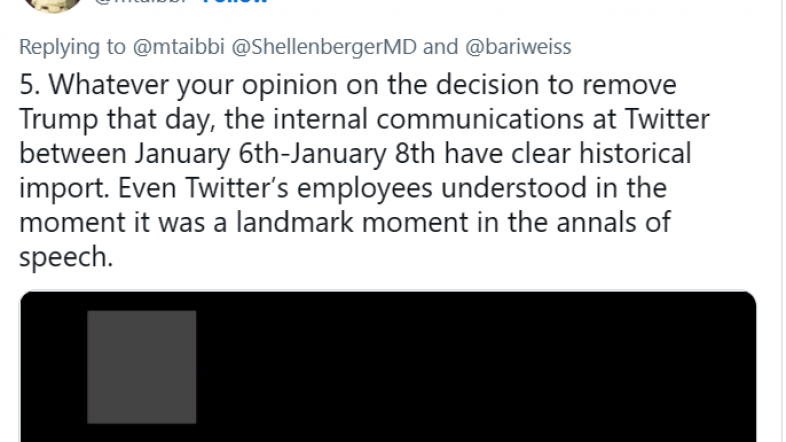 The third installment of the rolling investigative reporting from Matt Taibbi has revealed the snide ways that Trump was targeted for removal from Twitter. Matt Taibbi shared screenshots of a Twitter employee asking, “Is this the first sitting head of state to ever be suspended?” 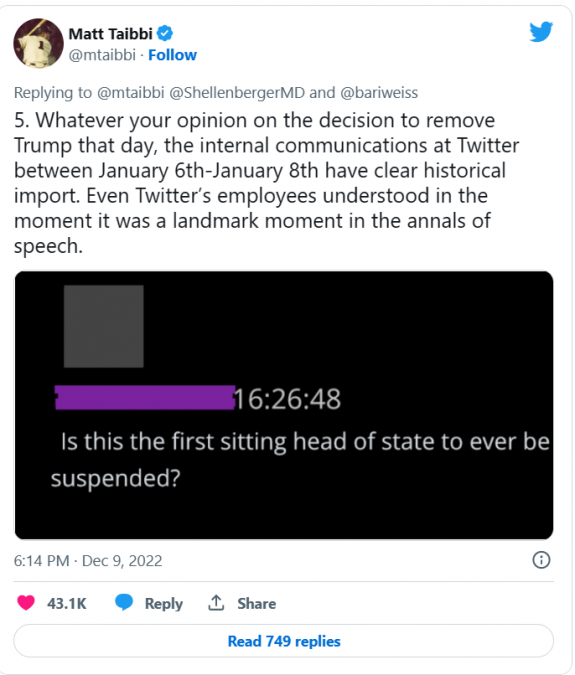 Taibbi reported that executives at Twitter “started processing new power” following their decision to ban Trump, indicating they were “prepared to ban future presidents and White Houses – perhaps even Joe Biden. The ‘new administration,’ says one exec, ‘will not be suspended by Twitter unless absolutely necessary.’”

One unnamed executive alleged the “context surrounding” the actions of Trump and his supporters “over the course of the election and frankly last 4+ years” contributed to the ban.

“In the end, they looked at a broad picture. But that approach can cut both ways,” Taibbi wrote. “The bulk of the internal debate leading to Trump’s ban took place in those three January days. However, the intellectual framework was laid in the months preceding the Capitol riots.”

Taibbi then shared internal Slack messages from Yoel Roth, the former head of trust and safety at Twitter, who made light out of heightened discussions with federal agencies following Jan. 6. Roth joked about the lack of “generic enough” calendar descriptions to conceal the “very interesting” meetings he had. 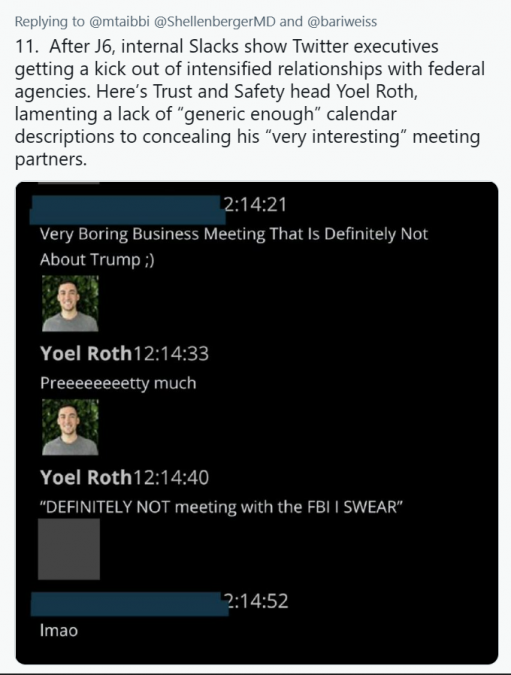