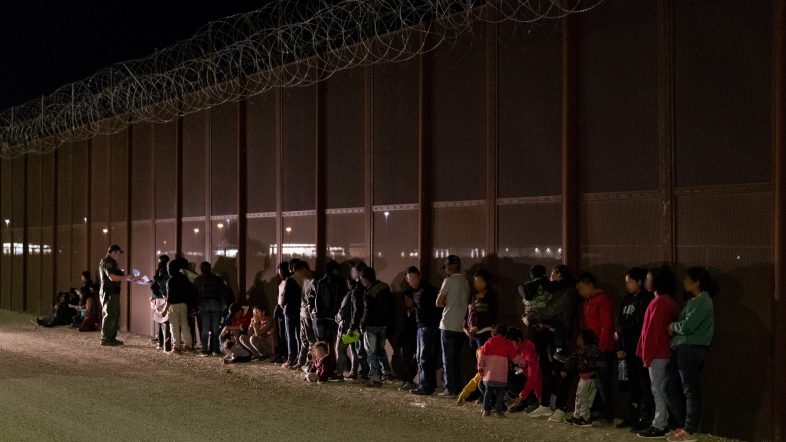 The Supreme Court of the United States temporarily halted the expiration of Title 42, a policy that allows the country to expel and restrict migrants during a health crisis. Chief Justice John Roberts issued the stay on Monday after a number of states requested the high court’s intervention. The contested policy was set to expire on Wednesday.

The states requesting the emergency stay of Title 42 include Texas, Arizona, Louisiana, Alabama, and several others. According to Texas Gov. Greg Abbott, the move would help prevent illegal immigration. Texas is among the border states most affected by the increase of illegal crossings from Latin American countries and other nations. Many Republican governors and lawmakers, especially those from the affected states, claim that they would experience irreversible harm, should Title 42 be terminated.

Republicans, especially those living in the South, have countered that the record surge in border crossings must be stemmed. In an earlier court filing from GOP-led states, they argued they would suffer “irreparable harm from the impending Termination of Title 42.”

The Supreme Court’s stay on the policy comes after the U.S. Court of Appeals for the D.C. Circuit had denied the 15 state effort to retain Title 42 last Friday. The Biden administration and organizations such as the American Civil Liberties Union continue to put forth efforts to open the U.S. border to immigration with little to no attention to the number of illegal crossings.

American Civil Liberties Union attorney Lee Gelernt, who led the lawsuit challenging Title 42 on behalf of a group of asylum-seeking families, has said the policy “caused enormous harm to tens of thousands of asylum seekers.”

Roberts’ decision is not conclusive. The high court must now decide how it will rule: whether to make the stay permanent or proceed with the end of the immigration policy. The White House is preparing for the prospect of as many as 14,000 illegal crossings per day, should Title 42 expire on Wednesday.