Dan Bongino Threatened to Quit Over Vax Mandate - He Hasn't

Dan Bongino Threatened to Quit Over Vax Mandate – He Hasn’t 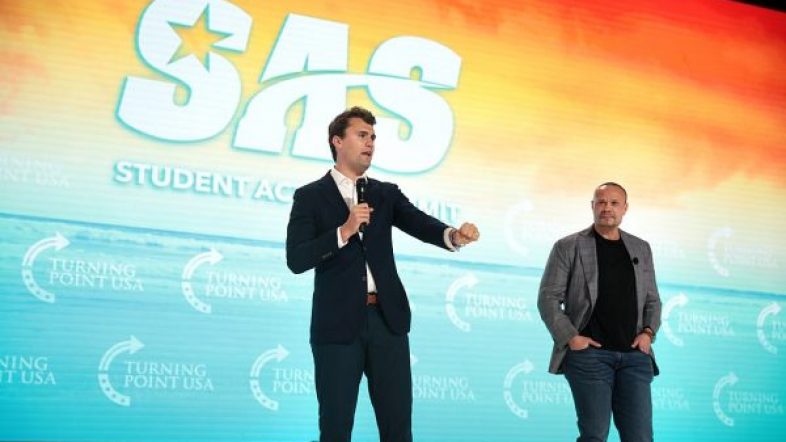 Charlie Kirk and Dan Bongino speaking with attendees at the 2021 Student Action Summit hosted by Turning Point USA at the Tampa Convention Center in Tampa, Florida, via Gage Skidmore.

Context: Bongino, who is vaccinated, took a stand and said he would quit in protest of his employer’s vaccine mandate for employees.

Bongino made his thoughts and intentions known, left work for a little over a week, and then went back.

Why this is important: The act, which won Bongino adoration among freedom fighters, now seems like a hollow publicity stunt.

Bongino has assured his followers that he is still fighting with Cumulus, but it appears Bongino did not make good on his threat.

Observers have praised Bongino for his bright future but have criticized his calculus.

They say Bongino miscalculated his clout with the company. Bongino has said that he is looking out for his employees’ best interests in his tamped-down negotiations with Cumulus.

Bongino has stated he will not get the booster even if Cumulus requires it.