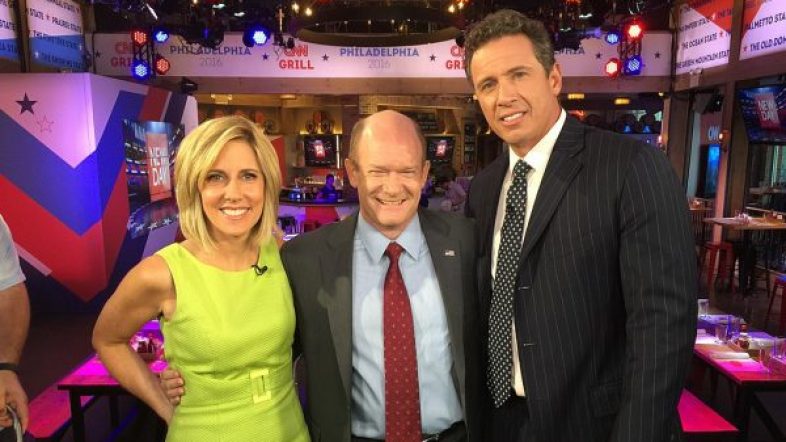 On Tuesday, CNN announced Chris Cuomo would be suspended indefinitely from the network.

Background: Over the past months, former New York Gov. Andrew Cuomo has faced accusations of sexual harassment from multiple women. Ultimately an investigation into the women’s claims was corroborated leading to Gov. Cuomo’s recent resignation.

Throughout the scandal, CNN was repeatedly scrutinized for allowing brother Chris Cuomo to report on his brother’s scandal.

Later, news broke that CNN’s Chris Cuomo attended strategy meetings and advised his brother on how to overcome the scandal. Despite learning this, CNN still did nothing to hold Cuomo accountable.

Cuomo later admitted to reaching out to other members of the media to find out information about new accusers that had not yet come forward.

“When asked, I would reach out to sources, other journalists, to see if they had heard of anybody else coming out,” Cuomo told investigators. (per Fox News)

What Happened: Tuesday night, CNN released a statement that Chris Cuomo would be suspended from the platform indefinitely.

“The New York Attorney General’s office released transcripts and exhibits Monday that shed new light on Chris Cuomo’s involvement in his brother’s defense,” CNN began its statement Tuesday evening. “The documents, which we were not privy to before their public release, raise serious questions. When Chris admitted to us he had offered advice to his brother’s staff, he broke our rules and we acknowledged that publicly. But we also appreciated the unique position he was in and understood his need to put family first and job second.”

“However,” CNN continued, “these documents point to a greater level of involvement in his brother’s efforts than we previously knew. As a result, we have suspended Chris indefinitely, pending further evaluation.”

What People Are Saying: Many celebrated Cuomo’s suspension including former President Donald Trump.

“Great news for television viewers, they have just suspended Chris Cuomo indefinitely! The big question is, was it because of his horrendous ratings, which in all fairness have permeated CNN and MSDNC, or was it because his brother is no longer Governor? Probably both. In any event, Fredo is gone!” Trump said through his Great America PAC.

What Cuomo Says: On Wednesday, Cuomo broke his silence after the suspension.

“It hurts to even say it. It’s embarrassing. But I understand it. And I understand why some people feel the way they do about what I did. I’ve apologized in the past, and I mean it,” Cuomo said Wednesday on his weekday radio show on SiriusXM. “It’s the last thing I ever wanted to do, was compromise any of my colleagues and do anything but help. I know they have a process that they think is important. I respect that process, so I’m not going to talk about this any more than that.” (per The Hill)