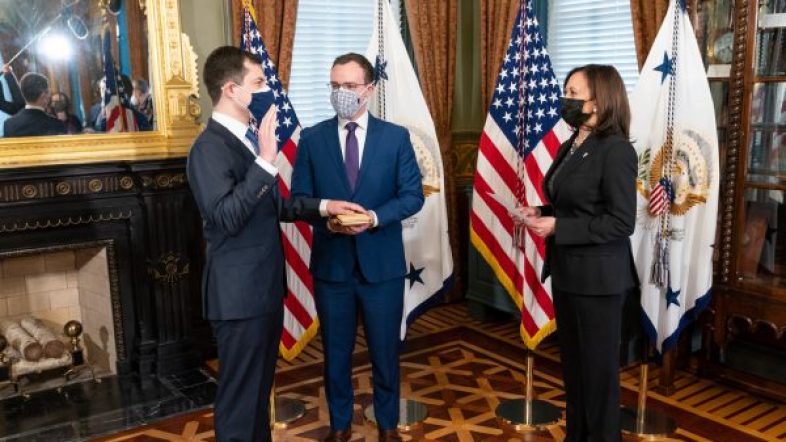 According to Washington, D.C. rumors, Transportation Secretary Pete Buttigieg and Vice President Kamala Harris are in the middle of a toxic feud as both are top contenders to be Joe Biden’s VP pick in 2024 following reports of tension between Biden and Harris.

The Details: According to Yahoo News, “The pair of bold names in the Biden administration are vying to be next in line for the party’s nomination, either in 2024 should President Biden, the oldest president in U.S. history at 79, step aside, or in 2028 if he runs again.”

Although they are in a rivalry, they have been playing nice, with Buttigieg recently crediting Harris with helping push through the infrastructure bill that recently passed through a divided Congress. Harris, at the same event, spoke twice as long as Buttigieg and lauded Buttigieg’s “extraordinary work.”

Why it Matters: In the current Democratic Party, candidates are looking to one-up each other based on factors of privilege and electability. Harris is the first Black vice president while Buttigieg if chosen as Biden’s vice-president, would be the nation’s first openly gay vice president — the highest office achieved by a member of the gay community. Making “history” is on the line for both of them, with VP Harris having a greater opportunity for vying for Biden’s job if kept on in her VP capacity.