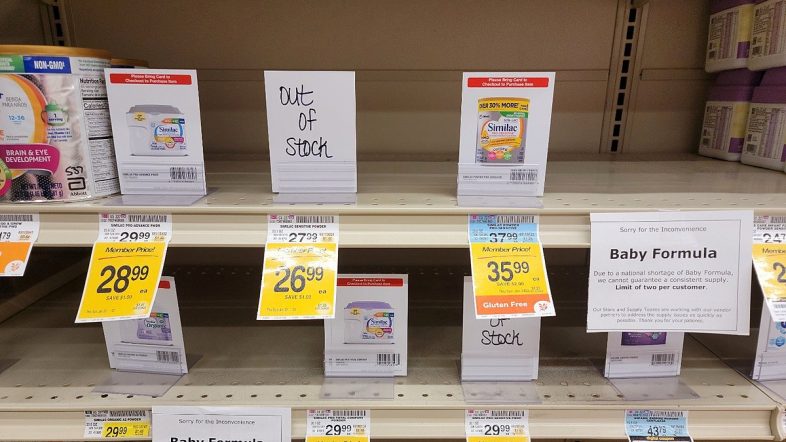 Democratic strategists were left cofounded again after President Joe Biden admitted he wasn’t aware of the baby formula shortage situation until at least April, the latest in a series of remarks that reflect poorly on his administration’s competency.

The administration has already been struggling to deal with questions about the baby formula shortage, and Biden’s latest declaration left it unable to explain why the president wasn’t informed sooner and who exactly was aware of the situation.

“I almost couldn’t believe what I was hearing,” said one Democratic strategist, according to The Hill. “He has to show that he’s on top of these situations. The last thing they want is to be the subject of another Republican talking point.”

A second strategist said, “This looks so bad. It raises questions about competency and the more that comes out, the worse it looks.”

Executives from leading manufacturers of formula said the knew the shutdown of Abbott Nutrition’s plant would cause shortages. Robert Califf, Food and Drug Administration (FDA) Commissioner, indicated White House staff was made aware of the issue in early February.

Asked why Biden was not made aware, press secretary Karine Jean-Pierre would only say that the president is very busy.

A correspondent said her unwillingness to provide specifics came off as “evasive”.

“You may not like my answer, but that is the way we see it,” Jean-Pierre concluded.