Biden to Meet With Senate Democrats Over Voting Rights Bill 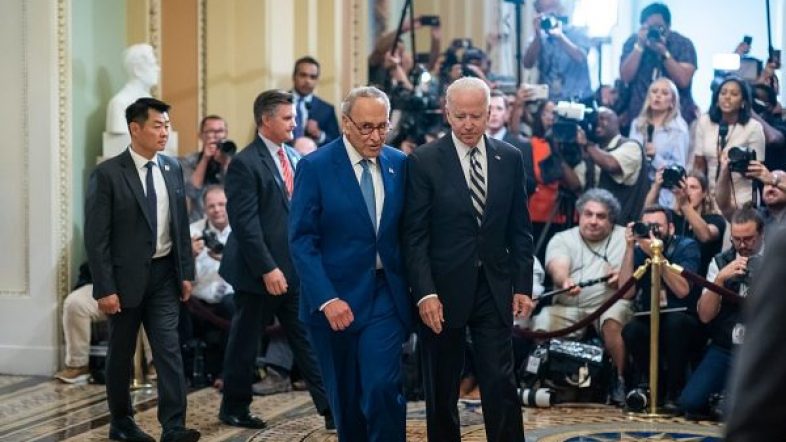 Background: President Biden has been experiencing a nosedive in his approval ratings as many critics have called him out for lack of progress in advancing his agenda.

Previously, Senate Majority Leader Chucker Schumer said that Democrats would push to change the Senate filibuster rules in order to push their agenda forward, circumventing any needed support from Republicans. Sen. Schumer vowed to bring the Senate rules change to a vote by Jan. 17 if Republicans block the voting rights bill.

On Tuesday, President Biden traveled to Georgia to deliver a speech where he endorsed Democrats’ push to change Senate rules in order to propel their voting rights legislation forward.

What Happened: President Biden will attend a closed-door Democrat caucus lunch “to discuss the push to pass voting rights and potential changes to Senate rules.” (per The Hill)

What Comes Next: Democrats haven’t yet landed on a filibuster reform proposal.

One option includes moving to a talking filibuster, where opponents could delay the bill for as long as they could hold the floor, but the legislation would ultimately be able to pass with a simple majority. Democrats are also considering a loophole that would exempt voting rights legislation from needing 60 votes.

Senate Democrats are also considering more incremental changes including shifting from needing 60 votes to break a filibuster to needing 41 votes to sustain it or getting rid of the 60-vote hurdle.

However, moderate Senate Democrats Joe Manchin and Kyrsten Sinema have not revealed if they plan to vote alongside or break with their Senate colleagues.