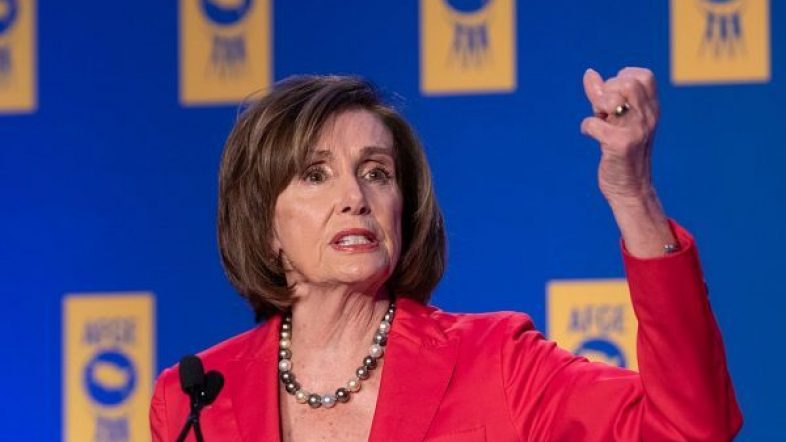 While he stopped short of suggesting she abandon the trip, President Joe Biden said the military does not support Nancy Pelosi’s travel plans. Beijing has strongly condemned her intended trip.

Biden’s comments in an exchange with reporters came a day after the Chinese Foreign Ministry said it would take “resolute and strong measures” should Pelosi proceed with reported plans to visit Taiwan in the coming weeks.

Pelosi was originally scheduled to visit in April but had to postpone after she tested positive for the coronavirus. She would be the highest-ranking American lawmaker to visit the close U.S. ally since Newt Gingrich, a Republican, traveled there 25 years ago when he was House speaker.

The Financial Times reported on Tuesday that Pelosi planned to move forward with her postponed visit to Taipei in the next month. Her office declined to comment, saying the office does not confirm or deny the speaker’s international travel in advance, due to longstanding security protocols.