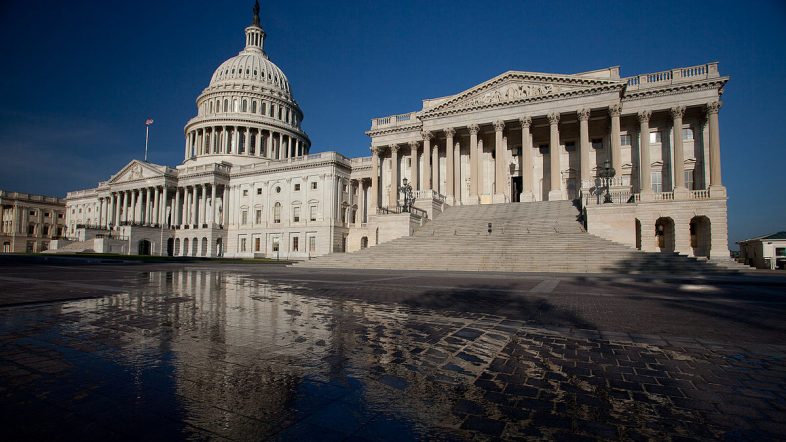 President Joe Biden singled out two Democrats in the Senate for refusing to roll over on eliminating the filibuster in order to legislate federal abortion protections, although he may find the votes he needs on the other side of the aisle.

Both Senators Joe Manchin (D-WV) and Krysten Sinema (D-AZ) have repeatedly stood firm against eliminating the legislative filibuster, which enshrines a 60-vote threshold for most legislation in the Senate.

Ahead of a meeting with blue-state governors on abortion access, Biden called out the two for their continued refusal to budge on the issue, according to the Daily Caller.

“Congress is going to have to act to codify Roe into federal law. As I said yesterday, the filibuster should not stand in the way of our ability to do that. But right now, we do not have the votes in the Senate to change the filibuster at the moment. That means we need two more votes now,” Biden said.

He also appeared to state they would not act to legislate abortion until after the midterm elections, hoping the issue will compel voters to their side despite record low approval ratings and ongoing economic turmoil that has virtually all commentators predicting a Republican landslide.

“More senators and a House majority elected in November to get this bill to my desk. So the choice is clear: we either elect federal senators and representatives who will codify Roe, or Republicans will elect the House and Senate and will try to ban abortions nationwide. Nationwide. This is going to go one way or the other after November.”

But Democrats may not need Manchin and Sinema. Republican Senators Lisa Murkowski (R-AK) and Susan Collins (R-ME) continue to work with Democrats on federal abortion legislation and could perhaps be convinced to eliminate the filibuster.