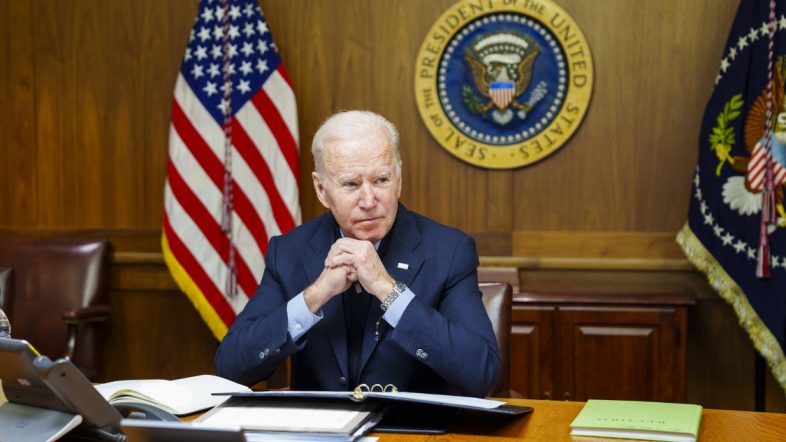 President Joe Biden took a call with Russian President Vladimir Putin Saturday morning, though it resulted in no major breakthrough on Ukraine.

The Background: Tensions escalated over the last few weeks as Russia gathered more than 100,000 troops near Ukraine’s border. US officials fear an invasion is imminent. A long list of countries have advised their citizens to evacuate Ukraine immediately.

The Call: According to the Daily Caller the call, which coincides with Sullivan warning of the “very distinct possibility” of a Russian invasion, was described by a senior administration official as “professional and substantive.” Still, the official noted that there’s been “no fundamental change in the dynamic that has been unfolding now for several weeks.”

“We believe that we have put ideas on the table that would be in our and our allies interest to pursue that would enhance European security,” the official said while warning that it “remains unclear” whether Russia is interested in pursuing a diplomatic path.

“The stakes of this are too high not to give Russia every option to avoid steps that would be catastrophic,” the official added.

Biden also emphasized to Putin that an invasion of Ukraine would spark a decisive reaction from the U.S. and its allies and partners. The president warned Putin that though he is still “prepared to engage in diplomacy,” the U.S. is “equally prepared for other scenarios.”