Biden Calls on Cities to Bulk Up Police Forces

Biden Calls on Cities to Bulk Up Police Forces 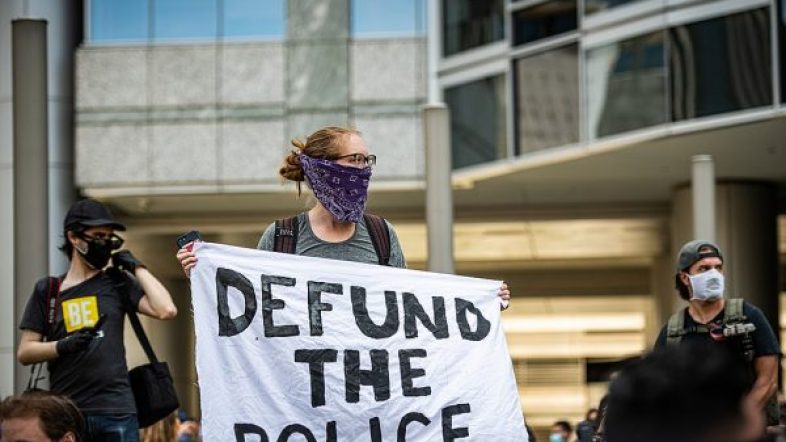 Defund the Police via Wikimedia Commons

Democrats have flipflopped over the past few years on crime and police forces.

Defund the police was their rallying cry after nationwide protests against police use of force.

As crime spiked, they attempted to walk their rhetoric back.

Now, Biden is calling for the expansion of police forces ahead of the typical summer crime wave.

According to The Hill, the White House committed $10 in funding from the COVID relief bill to public safety and violence prevention.

“Use these funds we made available to you to prioritize public safety. Do it quickly before this summer when crime rates typically surge. Taking action today is going to save lives tomorrow. So use the money, hire the police officers, build up your emergency response systems, invest in proven solutions,” Biden said.

Biden then touted Toledo, Ohio Mayor Wade Kapszukiewicz’s use of the funds to add 100 police officers to the town’s force and avoid layoffs.

However, some Democrats aren’t ready to let go.

Representative Cori Bush (D-MO) said she refuses to stop using the slogan “defund the police” ahead of midterms, even though her colleagues have asked her to leave it behind.

“‘Defund the police’ is not the problem,” she said. “We dangled the carrot in front of people’s faces and said we can get it done and that Democrats deliver, when we haven’t totally delivered.”