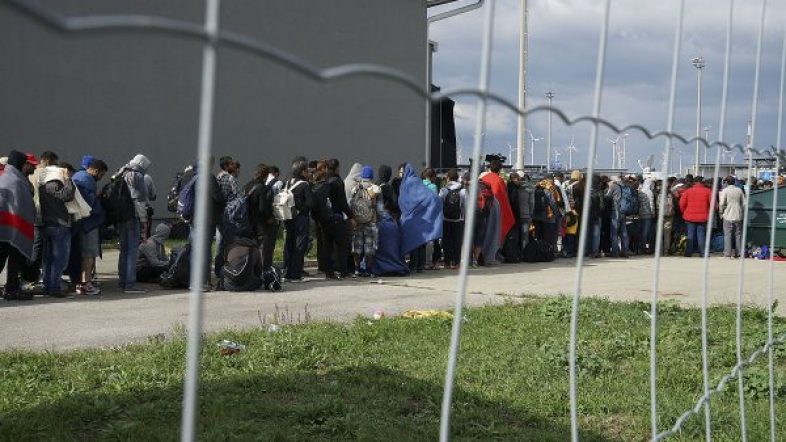 The Biden administration has started vaccinating migrants at the border claiming asylum despite asking Congress for billions more in additional Covid-19 funds.

Background: Throughout Joe Biden’s presidency, thousands of migrants have flooded across the border due to his relaxed policies and messaging. Since becoming president, the rates of border crossers have reached 20-year highs though the administration has refused to accept any responsibility.

The high number of illegal crossers combined with the Covid-19 pandemic has led to resource problems at the border. Last week, Homeland Security asked the Pentagon for extra assistance at the border ahead of a large caravan of migrants.

Recently, the Biden administration has attempted to steer away from Covid-19 messaging and push for a return to “normal.”

Context: The Biden administration has also been weighing whether to attempt to end the Trump-era Title 42 health policy.

Despite Biden’s push to return to “normal” that hasn’t kept him for urgently asking Congress for billions more in Coronavirus funding.

“We have made tremendous progress in our fight against COVID-19, but our work isn’t done,” Biden tweeted last week. “We need Congress to immediately provide $22.5 billion in emergency funding to sustain our nation’s COVID-19 response.”

What Happened: The Department of Homeland Security announced it has begun vaccinating migrants.

The Border Patrol will initially have the capacity to vaccinate about 2,700 migrants a day, the administration told Congress Monday in a notice seen by The Wall Street Journal, though it expects to be able to administer up to 6,000 shots a day by the end of May.

What Comes Next: A decision on Title 42 may come as soon this week when the Centers for Disease Control and Prevention—the agency that issued the policy—must renew it or let it lapse.

Should the Trump-era policy come to an end everyone would be processed under normal immigration procedures, meaning they would either be released or jailed pending their deportation proceedings.

What White House Officials Say: Some senior White House officials have argued that administering vaccines to migrants after they crossed the border illegally could serve as another draw for more to come. (per The Wall Street Journal)