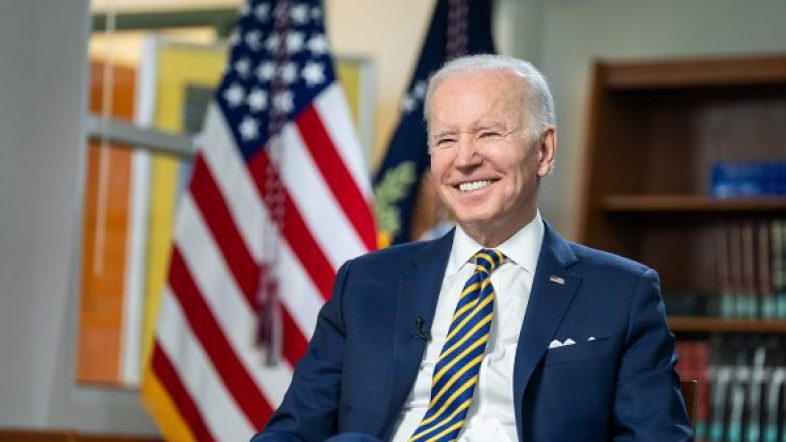 President Joe Biden during an interview with Lester Holt. Photo by The White House

The Biden Administration is now reportedly preparing for a new wave of illegal border crossings as officials within the White House begin to consider officially lifting pandemic-era restrictions.

The Trump-era policy known as Title 42, which was originally put in place to protect the U.S. from the threat of Covid-19, will be repealed by Biden on May 23rd likely setting off new waves of illegal immigration in the spring and summer of this year.

According to preliminary data obtained by the Wall Street Journal, the Border Patrol is already making around 7,000 arrests per day. That figure represents the highest monthly rate in 22 years.

Officials in the Biden White House are now warning that the number could rise to over 18,000 per day once restrictions are lifted.

Ending Title 42 prematurely will likely lead to a migrant surge that the administration does not appear to be ready for. I'll keep pushing the administration to strengthen border security & look forward to hearing directly from border agents during my upcoming trip to the border.

However, other left-wing politicians have been calling for the policy to end for months.