As Dems Push Breyer to Retire, GOP Vows to Doom a Biden Nomination

As Dems Push Breyer to Retire, GOP Vows to Doom a Biden Nomination 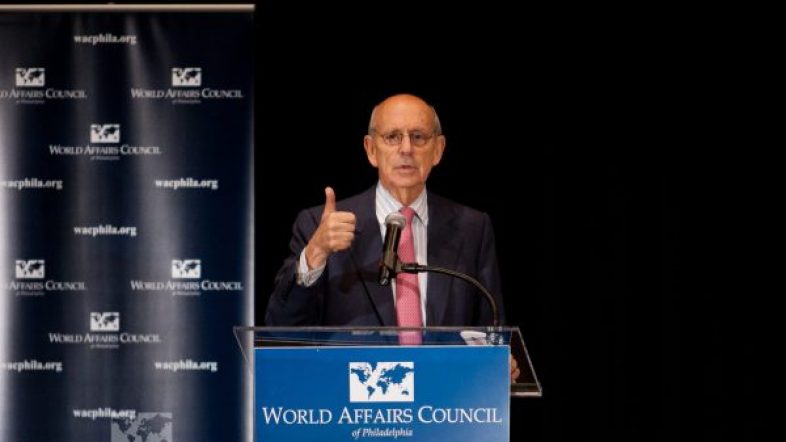 Stephen Breyer at the World Affairs Council of Philadelphia. Via Wikimedia Commons.

Republicans are working hard to flip the U.S. Senate in the 2022 midterms, which are thought to be favorable to the GOP as Joe Biden continues his presidency, which many believe is marked by scandal and failure.

Why it Matters: if Breyer retires and the Republicans hold the Senate, it could mean another GOP justice could reclaim the seat if Biden is defeated in 2024. This could shift the Court even further rightward and stall Democrats’ far-left agenda.

What People Are Saying: Sen. Sheldon Whitehouse (D-RI) said, “I would hope the choice and its consequences are apparent to the justice,” referring to the potential retirement of the 83-year-old Breyer.

“You know what the rule is on that,” said Iowa Sen. Chuck Grassley, the ranking Republican on the Judiciary Committee. “You go back to 1886 and ever since then, when the Senate’s been of one party and the president’s been of another party, you didn’t confirm.”

“Constitutionally, the Senate has an obligation to advise and consent. The Senate can take up nominations when it wants to,” said GOP Sen. Josh Hawley of Missouri.

“Given the pattern of judicial nominees he’s put forward so far, he keeps being captive to the radical left in his party. If he nominated a radical leftist justice who would ignore the rule of law and undermine our constitutional rights, I can’t imagine a Republican Senate would confirm an extreme justice,” said Texas Sen. Ted Cruz.

Many other Republicans, including Sens. Thom Tillis of North Carolina and John Cornyn, vowed to buck a Biden nomination.