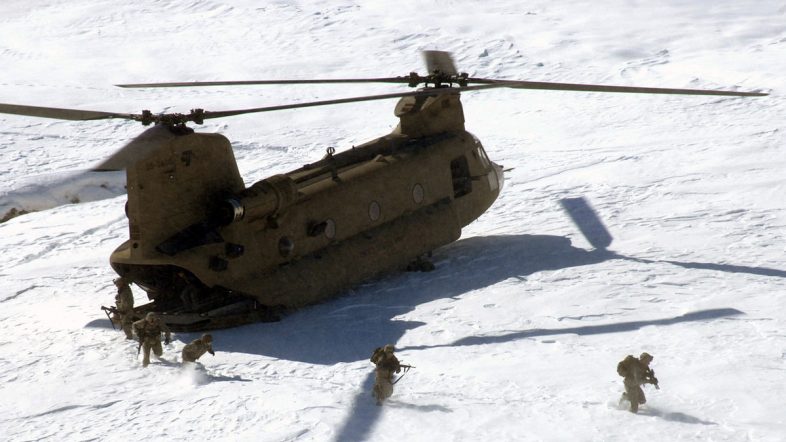 The Chinook helicopters, originally built in 1957, have been grounded by the U.S. Army.   The U.S. Army decided to ground the entire fleet, now made by Boeing, out of an abundance of caution, as some of the engines were starting fires.  The U.S. Army made this bold move in order to protect the fleet that matters most, the U.S. Soldiers.

In a statement emailed to Army Times, Army spokesperson Cynthia Smith attributed the issue to fuel leaks. She indicated that the service has “identified the root cause” of the leaks and “is implementing corrective measures to resolve this issue.”

Engine manufacturer Honeywell International told Army Times in a statement that the leaks were due to faulty aftermarket O-rings that weren’t produced by the company.

“In full coordination with the U.S. Army, Honeywell helped discover that O-rings not meeting Honeywell design specifications had been installed in some T55 engines during routine and scheduled maintenance at an Army Depot,” the statement said. “It is believed these suspect O-Rings have been identified and isolated.

Smith added that the grounding was meant to “ensure our aircraft remain safe and airworthy.”

The U.S. Army is currently reviewing the safety and functionality of the heavy-lifting, Chinook helicopter fleet.