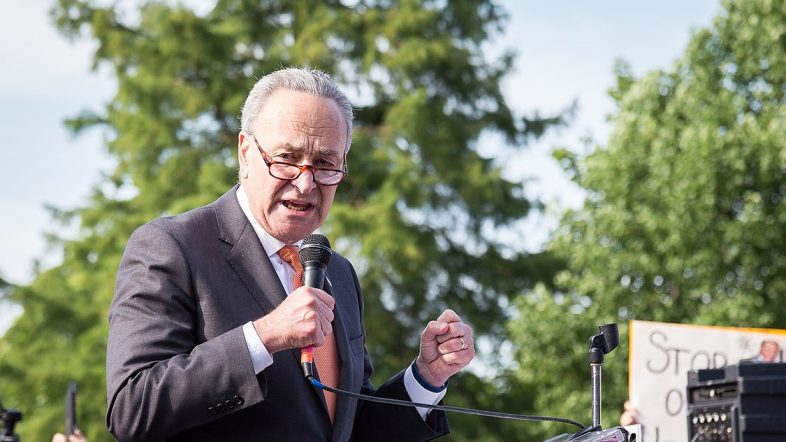 The New Yorker’s Andrew Marantz was live tweeting from the scene, where the staffers held signs and sang together. The sit-in follows a letter signed anonymously by more than 200 staffers demanding climate legislation.

Right now: 17 congressional staffers are sitting in at Chuck Schumer’s office in the Senate, demanding that he reopen climate negotiations. pic.twitter.com/cVxDHgrwdu

All 17 were removed after about a half hour without ever seeing or speaking to Schumer. They included Aria Kovalovich, a professional staff member for the House Oversight and Reform Subcommittee on Environment, and Saul Levin, a policy adviser for Rep. Cori Bush (D-MO).

According to Capitol Police, six staffers were arrested after refusing to leave the office.

As they were being led away, one staffer commented, “Guess Chuck really didn’t want to talk about climate today.”

This is a developing story and will be updated as more information becomes available.