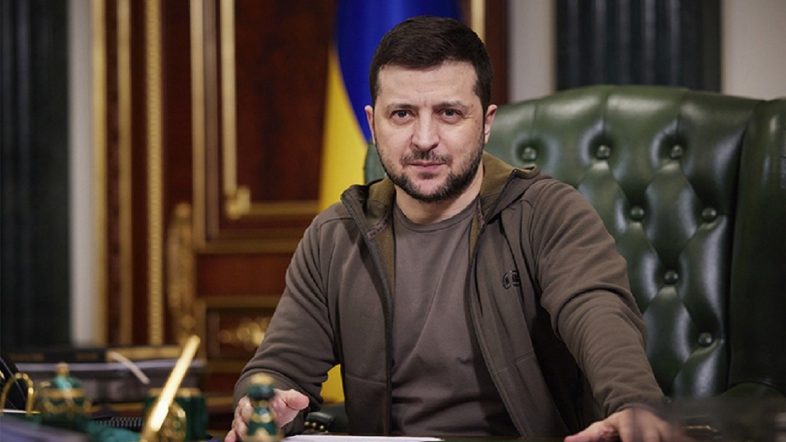 Ukrainian President Volodymyr Zelenskyy is set to arrive in the United States today. He is scheduled to meet with U.S. President Joseph Biden and address Congress. This would constitute Zelenskyy’s first official trip outside the Ukraine since the start of the Russia/Ukraine conflict in February.

Zelenskyy tweeted that the purpose of the visit is to “strengthen resilience and defense capabilities” of his country and discuss ways in which the U.S. and Ukraine can further cooperate with one another.

Zelenskyy said on his Twitter account that the visit was “to strengthen resilience and defense capabilities” of Ukraine and discuss cooperation between his country and the U.S with Biden.

The visit is significant for the United States as the Ukrainian president is likely to request further financial support at a time when the Legislature is preparing to vote on a massive year-end spending package that includes an estimated $45 billion for Ukrainian emergency assistance.

“The visit will underscore the United States’ steadfast commitment to supporting Ukraine for as long as it takes, including through the provision of economic, humanitarian, and military assistance,” she said.

Whereas American leaders in government have voiced general assent to the U.S.’s support of the Ukraine in the midst of the war, Republican lawmakers have tended to proceed with caution. Some will seek closer oversight of funds allocated for the Ukraine as the Republican Congress begins its work in January. Proposed aid to Ukraine includes monetary help and added military support. The U.S. is set to announce a package of $1.8 billion in military assistance plus a Patriot missile battery and precision guided bombs for fighter jets.

On Wednesday, the U.S. was also set to announce that it will send a major package of $1.8 billion in military aid to Ukraine that will for the first time include a Patriot missile battery and precision guided bombs for its fighter jets, U.S. officials said.

All this, as American citizens face higher prices at the grocery store and the gas pump.

Zelenskyy has been scheduled to have a meeting with Biden at the White House, after which he will address Congress in the evening.