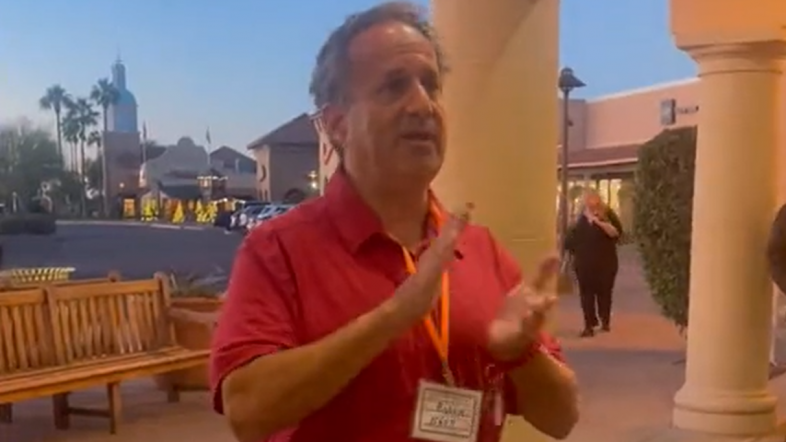 Voters in Maricopa County, the most populous county in Arizona, are running into issues as they attempt to have their ballots read by voting machines. At one location, a poll worker told voters that the tabulators were not working and that they could leave their ballot in a box which would then be counted later “downtown.” “So what happens is we have two tabulators. One of the tabulators is not working, okay? The other tabulator is taking about 75 successful, so 25 percent of them are being misread. And it could be a printer issue, or it could be the tabulator itself,” he said.

BREAKING: Reports out of Maricopa county of Machines “not working” and ballots being “misread”

WHAT IS GOING ON?
pic.twitter.com/lkd0YXegXZ

Many of the voters in the line said that they didn’t trust leaving their ballot in the box that would be sent to another place to be counted.

Later, reports came out saying that the ballots could not be read because of blotchy ink from the printers.  Turning Point’s Tyler Bowyer told voters, “If you go in and you check in and your ballot isn’t scanning you need to ask them for another print. I just experienced it myself. I personally just went and requested a ballot.”

I just voted in person in MESA & this is how it printed. The reader rejected it & had we not inspected the ballot before voting we likely would have been told just to leave the ballot behind

The Poll Chief reprinted a new ballot. She said this is an ongoing issue with printers! pic.twitter.com/Gpy2vUcYzL