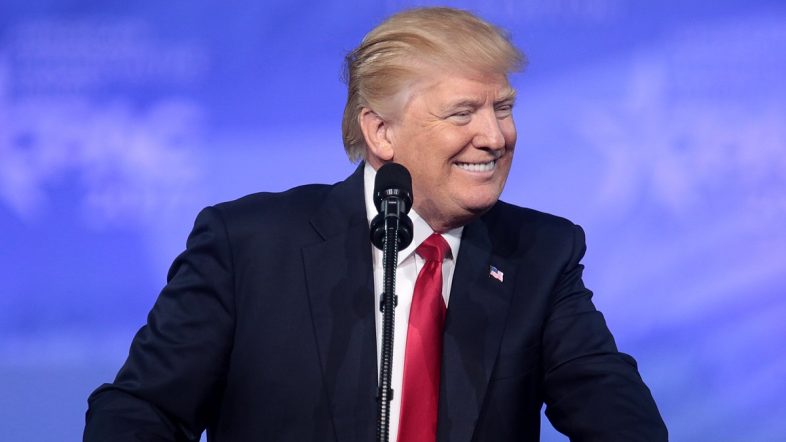 Since Democrats are directly interfering in Republican primaries, former President Donald Trump has decided to turn the tables back. He issued two apparently sarcastic endorsements in his latest statement through Truth Social.

Former President Trump appeared on Wednesday to give facetious endorsements to former federal prosecutor Dan Goldman and Rep. Carolyn Maloney, both Democrats, ahead of New York’s primaries later this month.

“Lawyer Dan Goldman is running for Congress, NY-10, and it is my great honor to Strongly Endorse him. I do this not because of the fact that he headed up the Impeachment Committee and lost, but because he was honorable, fair, and highly intelligent. While it was my honor to beat him, and beat him badly, Dan Goldman has a wonderful future ahead,” Trump said in a statement on his Truth Social.

Niou promptly pounced on the endorsement, writing on Twitter that “Donald Trump just endorsed my multi-millionaire opponent, in case you needed a reminder of what the stakes are.”

Goldman’s campaign, meanwhile, claimed it was an example of Trump trying to meddle in an election.

“Last week Donald Trump attacked Dan Goldman, who led his impeachment. Now he’s pretending to endorse Goldman. True to form, Trump is trying to meddle in an election,” his campaign said in a statement. “This is a pathetic attempt at fooling Democrats who are far smarter than Trump is, and it’s clear that only one candidate in NY-10 is living rent-free in Trump’s head. Buckle up Donald. Dan’s coming for you.”

Trump falsely claimed in a separate post that Maloney has “said terrific things about me” and would support him no matter what. Between Maloney and Nadler, Trump called the congresswoman the “better man.”

The endorsements are likely Trump’s sarcastic way of weighing in on the New York House primaries, which are scheduled for Tuesday, and could be a method of fomenting division among Democrats.