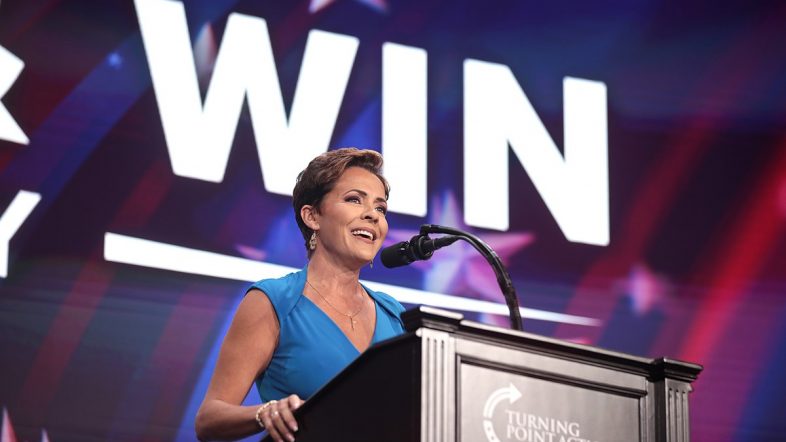 Kari Lake, the Trump-endorsed GOP nominee for Arizona governor, has pulled her endorsement of an Oklahoma state legislative candidate over antisemitism remarks he has made.

A spokesman for Lake’s campaign told the Arizona Mirror that Lake pulled the endorsement of Oklahoma GOP state Senate candidate Jarrin Jackson Monday after she had threatened to do so over the weekend.

Jackson was reported last month to have made offensive comments about Jews and people in the LGBTQ community.

“I looked at Jarrin’s resume as Combat Veteran in Afghanistan. It is impossible to dig into everything someone has said in their life,” Lake told Axios Phoenix in a statement on Saturday. “If his reported comments are true, I obviously rescind my endorsement.”

Jackson said in videos posted online that he is “not beholden to Jews or any other group,” saying: “I love Jews because Christ told me to, not because they deserve it.”

“All Jews will go to hell if they don’t believe the gospel of Jesus Christ … just like everybody else,” he added, according to The Oklahoman.

However, the candidate also seemed to characterize Jews as “evil” in a response he wrote to a documentary.

“I respect Jarrin’s service to our Nation, but clearly denounce that kind of derogatory language,” Lake added in her statement. “Let me be clear: Our great movement welcomes anyone and everyone who wants to fight for a better future.”