This President Threatens to Use Nuclear Weapons

This President Threatens to Use Nuclear Weapons 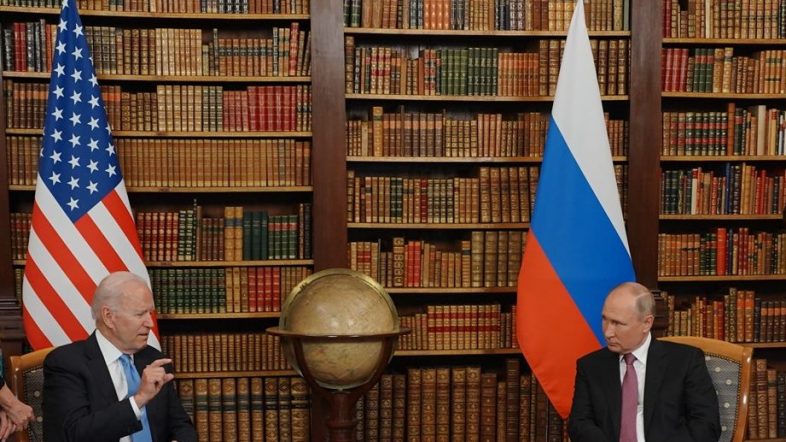 On Wednesday, Russian President Vladimir Putin warned Western countries that his country’s nuclear threats are not a bluff. These threats came less than a day before President Biden speaks to the United Nations.

Putin issued the warning after accusing Western countries of resorting to “nuclear blackmail,” despite no NATO countries threatening to use nuclear weapons. The threat comes as Russia’s prospects in Ukraine are grim, with Putin’s military losing thousands of square miles of territory to a Ukrainian counteroffensive.

“To those who allow themselves such statements regarding Russia, I want to remind you that our country also has various means of destruction, and for separate components and more modern than those of NATO countries, and when the territorial integrity of our country is threatened, to protect Russia and our people, we will certainly use all the means at our disposal,” Putin said in a Wednesday address.

Ukraine’s counter offensive has pushed Russia to engage in drastic and desperate measures. Russia is now using reservist civilians in the fight against Ukraine. Fear of more civilians being drafted into the Russian army has caused a mass exodus from Russia. Russian citizens are fleeing to countries that don’t require visas. Fox News reports that flights from Russia to these countries were completely booked.

President Biden is expected to condemn Putin’s “naked aggression” during his speech to the United Nations.