Senators Introduce Bill to Stop Chinese From Purchasing US Farmland

Senators Introduce Bill to Stop Chinese From Purchasing US Farmland 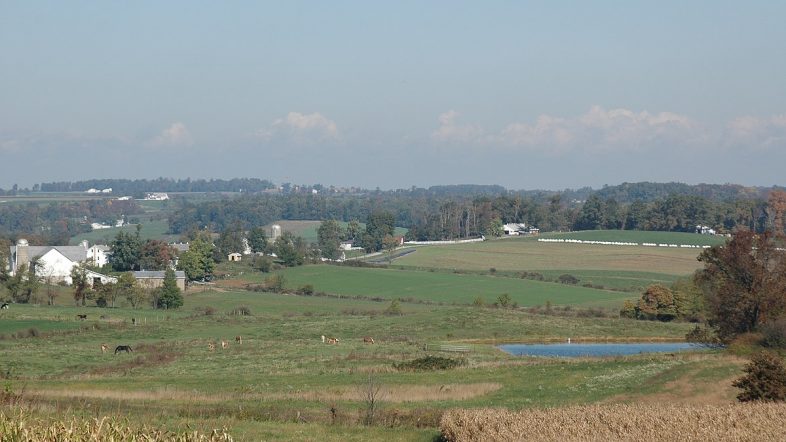 Two Republicans, Senators Tommy Tuberville (AK) and Tom Cotton (AR), introduced the Securing America’s Land From Foreign Influence Act, which they say is crucial to national security after a US Department of Agriculture (USDA) report revealed foreign entities hold over 37 million acres of US agricultural land.

The legislation specifically calls out purchases by individuals and entities affiliated with the Chinese Communist Party (CCP), which has grown its holding of US farmland from 13,000 acres to 350,000 acres in the last decade.

“Chinese investments in American farmland put our food security at risk and provide opportunities for Chinese espionage against our military bases and critical infrastructure. Instead of allowing these purchases, the U.S. government must bar the Communist Party from purchasing our land,” Cotton said in a statement.

14 states currently have restrictions against foreign ownership of land, but there is no federal regulation of who can own private agricultural land.

“I hope my colleagues will recognize the importance of our bill and join the effort to prohibit Chinese Communist Party involvement in America’s agriculture industry,” said Tuberville.

A CCP-linked agribusiness sparked national security concerns earlier this year when it purchased farmland in North Dakota that is in close proximity to a US military base.

“This property is approximately 12 miles from Grand Forks Air Force Base, which has led to concern that Fufeng operations could provide cover for PRC [the People’s Republic of China] surveillance or interference with the missions located at that installation, given Fufeng Group’s reported ties to the Chinese Communist Party,” several senators wrote in a letter to the Biden administration at the time.

Similar legislation was introduced in the House by Representative Dan Newhouse (R-WA) to bar the purchase of agricultural land, including ranches, to officials affiliated with the CCP.

“If we begin to cede the responsibility for our food supply chain to an adversarial foreign nation, we could be forced into exporting food that is grown within our own borders and meant for our own use,” Newhouse previously wrote.