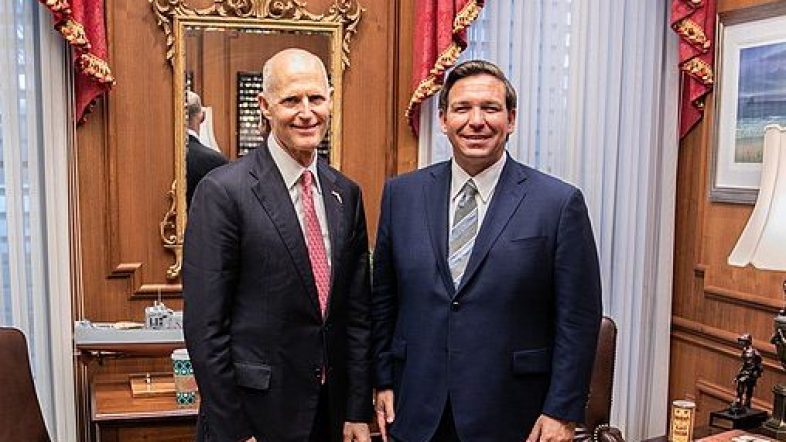 Senator Rick Scott (R-FL) appeared on NBC’s “Meet the Press” on Sunday morning. While Senator Scott was focused on providing an interview about hurricane relief efforts, anchor Chuck Todd pressed him on the midterm elections next month. Chuck Todd also pressed Senator Scott on abortions. The midterm elections are a mere 36 days out. All eyes are on the GOP and Republicans flipping the Senate.

Anchor Chuck Todd said, “We are 37 days away from election day. Another part of your job is Senate Republicans trying to get them to win the Senate. Do you believe Republicans are on track to get control of the Senate?”

Scott said, “My focus is on the hurricane relief, but absolutely I think we’re at 52 seats-plus. If you look at Biden’s numbers, they’re really bad. People have rejected the Biden agenda. We have great candidates. The Democrats have to defend what Biden has done. I think it will be a good November for Republicans, but we have to keep working hard every day.”

Todd said, “Was it a mistake for Lindsey Graham to offer us that abortion ban at 15 weeks? Does that complicate things?”

Scott said, “Democrats have talked a lot about that this year. Every candidate has been talking about it. So I think it’s important that people tell people what their position is, and it’s being done state by state.”

Todd said, “You don’t think this should be done at the federal level?”

Scott said, “Well, look, there’s arguments to do it. It is federal level. Right now, all the candidates are taking positions. They’ve been taking positions since the Dobbs decision when the first leak came out. I don’t know what Lindsey put out if it changed the conversation, but I’m pro-life, as you know. I think we ought to have reasonable restrictions. I think people are comfortable with 15 weeks and exceptions for rape, incest and the life of the mother.”