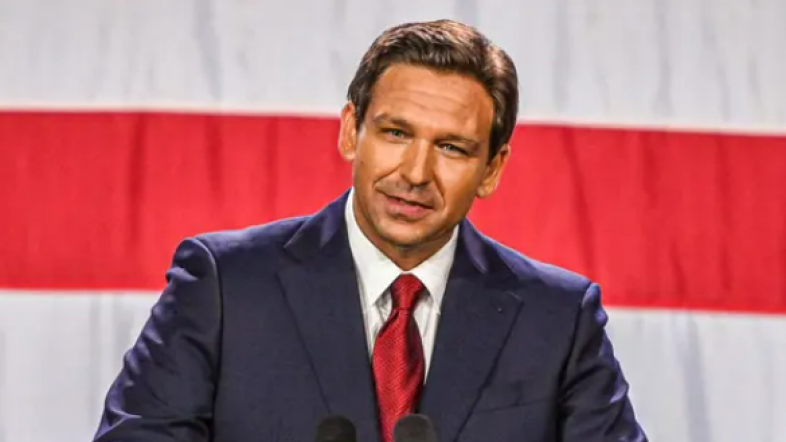 Florida Gov. Ron DeSantis delivered a keynote speech at the Republican Governors Association’s meeting in Orlando minutes before Donald Trump announced that he was running for president again. DeSantis received a hero’s welcome by top Republicans at the conference and his address was met with resounding applause. The event was not televised but source say DeSantis highlighted his “impressive re-election campaign” and how he won Maimi-Dade County, connecting with Hispanic voters.

Sources also told Fox News that governor received an “enthusiastic” response as he “recapped the Florida blueprint and the path to winning Hispanics, women, and independents.” Many view DeSantis as the candidate who can deliver swing states to the GOP in 2024.

Earlier in the day, DeSantis told reporters that “There were a lot, a lot of disappointments” in the midterms. “That’s just the reality. It was a hugely underwhelming, disappointing performance, especially given that Biden’s policies are overwhelmingly unpopular,” he added.

DeSantis went on, “These independent voters aren’t voting for our candidates, even with Biden in the White House and the failures that we’re seeing. That’s a problem.”

DeSantis seen his poll numbers in 2024 Republican presidential polls start to rival Trump, and his fundraising prowess match that of the former president. DeSantis has brushed aside rumors of a 2024 presidential bid but lately he has been dropping hints that he may enter the contest.