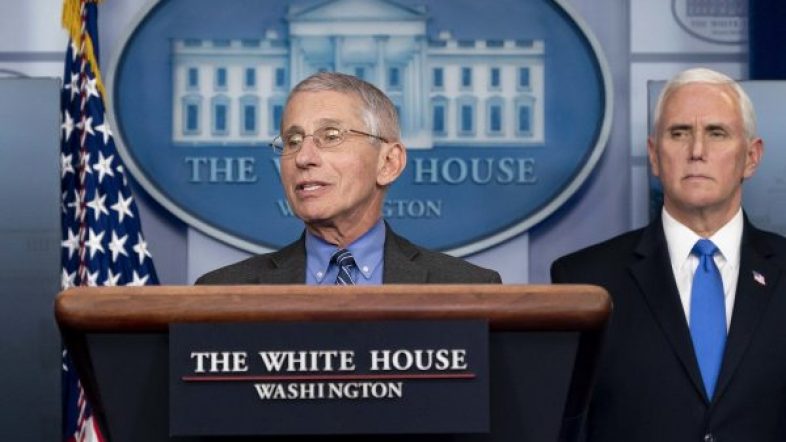 Fauci and his wife’s net worth increased by $5 million during the pandemic. At a time when people and businesses struggled, the Fauci’s flourished and rolled around in the dough. The democrats have certainly rewarded Fauci for his being a figure of controversy. It’s despicable.

The Faucis saw their net worth expand from $7.5 million in 2019 to $12.6 million at the end of 2021, watchdog group OpenTheBooks discovered and shared with Fox News Digital. The increase came from the likes of investment gains, awards, compensation and royalties.

“While Dr. Fauci has been a government bureaucrat for more than 55 years, his household net worth skyrocketed during the pandemic,” OpenTheBooks CEO Adam Andrzejewski told Fox News Digital. “Fauci’s soaring net worth was based on career-end salary spiking, lucrative cash prizes awarded by non-profit organizations around the world and an ever-larger investment portfolio.”

According to OpenTheBooks, which obtained Fauci’s financial disclosure forms to calculate the figures, the Faucis saw their investment gains top $900,000 in 2021, while their portfolios experienced a nearly $800,000 increase in 2020.

The funds were in a combination of trust, retirement and college education accounts, and Fauci invested in mutual funds with no reported holdings of individual stocks. At the end of last year, Fauci’s account totaled $10.2 million, as his wife, Christine Grady, added $2.4 million in investments, the analysis shows.

Fauci also pocketed lucrative awards from nonprofits, including $1 million in 2021 from the Dan David Foundation for “speaking truth to power” and “defending science” during the Trump administration. He held on to $910,400 of the award, while roughly 10% went to scholarship winners, OpenTheBooks found. He also received $12,500 awards from the Eliot Richardson Prize in Public Service and the Abelson Prize from the American Association for the Advancement of Science.

With the Fauci’s net worth exploding during a time when Americans suffered, one can really see the how Democrats like to reward their controversial figureheads at the expense of American citizens.