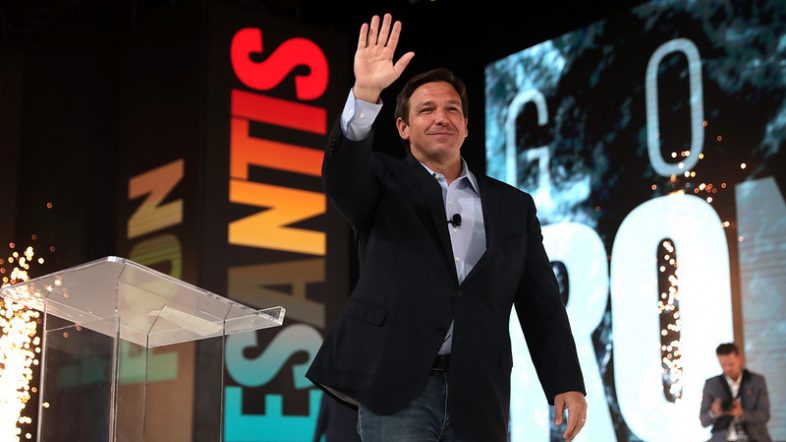 Crist will unveil United Teachers of Dade president Karla Hernandez-Mats as his running mate during a Saturday campaign event, CBS Miami reported Friday afternoon. In May 2020, Hernandez-Mats emerged as a vocal critic of DeSantis’s push to reopen schools—at the time, she dismissed the Republican’s claim that the coronavirus “just hasn’t had an impact” on young people, calling the remark “completely contradictory to what we know to be the facts of this pandemic” and “dangerous for our communities at large.” Hernandez-Mats later acknowledged that students failed to learn at the same pace following the closures.

Beyond her school closure advocacy, Hernandez-Mats has attacked parents who attend school board meetings. In October 2021, she shared a cartoon that likened those parents to a range of fictional serial killers, including mass murderer Leatherface from The Texas Chainsaw Massacre and butcher knife slayer Michael Myers from the Halloween series. “For any of you following the school board meetings, you know that the craziness is real,” Hernandez-Mats said. “God be with us.”

In July 2020, meanwhile, Hernandez-Mats tweeted a graphic arguing that “genocide” and “lynching” is perpetuated in part by “fear of halal meat,” “bootstrap theory,” and “celebrating Columbus Day.” “Great breakdown of the iceberg visual,” Hernandez-Mats added, along with the hashtag “BLM.”

Crist won Florida’s Democratic gubernatorial primary just three days ago, but his campaign is already off to a rocky start. Just hours after the win, Crist, who has said he’s “on the battlefield of love,” contended that the more than four million Floridians who voted for DeSantis have “hate” in their hearts and don’t care about the state.

“Those who support the governor should stay with him and vote for him, and I don’t want your vote,” Crist said. “If you have that hate in your heart, keep it there. I want the vote of the people of Florida who care about our state.”

Florida has thrived under the leadership of Governor Ron DeSantis. The Governor has praised parents and made it clear that they are the first and primary educators of children. The Florida schools have re-opened causing many families to flock to the Sunshine State. Under Governor DeSantis’s leadership, Florida turned from a democrat-run wasteland to a thriving, bustling, state where many want to raise their families and retire. Florida is setting the example for the rest of the country, and it’s all because of Governor DeSantis.