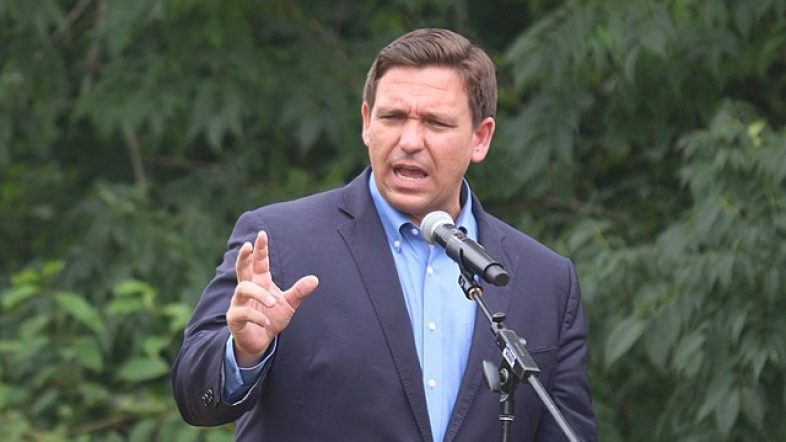 Governor Ron DeSantis has been accused by several media outlets of politicizing voter access after he eased protocols for counties hit the hardest by Hurricane Ian. The Florida governor recently signed an emergency executive order that expanded mail-in ballot access and early voting availability to counties that were heavily damaged by the Category 4 hurricane. The order is primarily focused on Charlotte, Lee and Sarasota Counties after written requests from Supervisors of Elections across the state. Shortly after the announcement, the Washington Post wrote a piece detailing how the three counties effected by the order are overwhelmingly Republican:

“More than 450,000 voters in Lee, Charlotte and Sarasota are registered as Republicans, compared with 265,000 Democrats and nearly 290,000 affiliated with no party. Overall, registered Republicans outnumber Democrats in many, but not all, of the counties damaged by the hurricane. Orange County, where Hurricane Ian passed as a Category 1 storm and left historic flooding in Orlando and surrounding areas, has 360,389 registered Democrats and 217,061 registered Republicans. It was not granted any exceptions.” -Lori Roza

The Guardian reporter, Gloria Oladipo, also came after DeSantis in her own piece:

“Governor Ron DeSantis has made voting easier in certain Florida counties battered by Hurricane Ian – but only Republican-leaning ones. DeSantis signed an executive order on Thursday that eases voting rules for about 1 million voters in Lee, Charlotte and Sarasota counties, all areas that Hurricane Ian hit hard and that all reliably vote Republican. Meanwhile, Orange County, a Democratic-leaning area which experienced historic flooding from the storm, received no voting exceptions”

The emergency order will allow people to request by phone to have their mail-in ballots sent to a new address rather than their residential address, expanding the pool of eligible poll workers and expanding early voting to begin October 24 through election day on November 8.