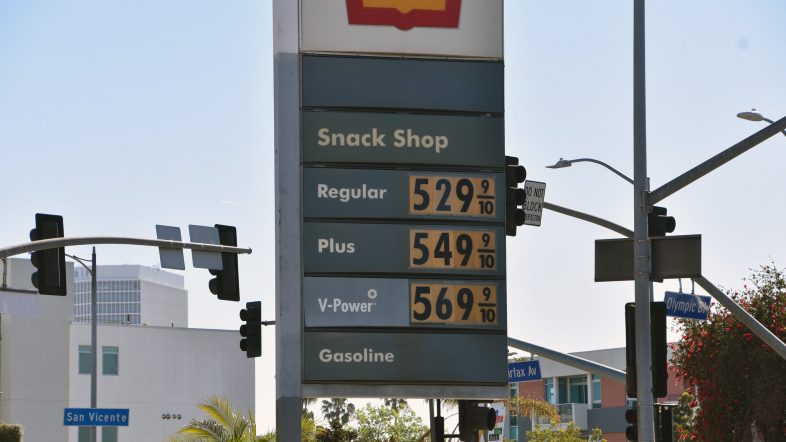 Attorney generals (AGs) from California, Oregon and Washington are calling for the Federal Energy Regulatory Commission (FERC) to stop the expansion of a crucial gas transmission project, arguing that it will violate climate laws; despite the states facing some of the highest gas prices in the country as well as the prospect of blackouts.

California Attorney General Rob Bonta, Washington Attorney General Bob Ferguson and Oregon Attorney General Ellen Rosenblum filed a motion on Monday asking the FERC to deny the proposed capacity expansion of TC PipeLines’ Gas Transmission Northwest (GTN) XPress pipeline project (GTN), according to a press release. The three western states currently hold some of the highest gas prices in the nation and may be at risk of suffering blackouts.

California possesses the highest national average of $5.3 per gallon, meanwhile, Oregon’s and Washington’s gas price averages sit at $4.80 and $4.70 per gallon, according to AAA data. California may also be at risk of experiencing blackouts as its grid — which is undergoing a green transition — struggles to cope with statewide energy demand as it phases out fossil fuels.

The GTN pipeline delivers natural gas from the Rocky Mountains and western Canada to the Pacific Northwest and its expansion would upgrade existing natural gas compressor stations in Oregon, Washington and Idaho to increase capacity by about 150 million standard cubic feet per day of gas, according to the FERC’s Environmental Impact Statement draft. TCPipeLines, the pipeline’s operator, claims that the pipeline needs to be expanded to meet the increased energy demand across the western states which the AGs dispute, according to legal documents.

The project could produce emissions up to 204,170 metric tons of carbon dioxide and an additional three million metric tons of carbon dioxide equivalent from downstream emissions, according to the FERC’s environmental analysis. The attorney generals assert such carbon emissions will violate their states’ climate change laws, which require cutting greenhouse gas emissions and transitioning to 100% green energy, according to legal filings.

Read more at the Daily Caller.