Suspense is growing as Twitter is attempting to break down “thousands of documents” pertaining to the Hunter Biden story and its cover-up by the previous Twitter staff in 2020. The story has been expected to break sometime this week, and so far only small bits of information about overall Twitter censorship has been released. We will update the story when all the necessary information is able to be reported.

Musk tweeted Monday that the files “on free speech suppression” would soon be published on Twitter.

Monday, Musk Tweeted his initial statement regarding the release of the files pertaining to the suppression of free speech:

This Tweet inevitably created controversy for those who wish to leave the 2020 U.S. Presidential election as it currently is, with many on the left choosing to believe that nothing strange happened regarding the censorship of political opposition. The documents that Musk is hinting towards are largely believed to shed light on Twitter’s handling of the Hunter Biden laptop story, along with the censorship of the sitting President of the United States of America, Donald Trump, and the unjust banning of many of his supporters on the platform.

Today, Musk announced that he would be releasing the information through Substack journalist Matt Taibbi, who released a multiple-part Twitter thread explaining the details of the previous Twitter administration’s decisions to censor political speech on Twitter.

Tabbi wrote on Twitter saying, “This system wasn’t balanced,” he continued “It was based on contacts. Because Twitter was and is overwhelmingly staffed by people of one political orientation, there were more channels, more ways to complain, open to the left (well, Democrats) than the right.”

“The resulting slant in content moderation decisions is visible in the documents you’re about to read. However, it’s also the assessment of multiple current and former high-level executives,” the journalist teased. 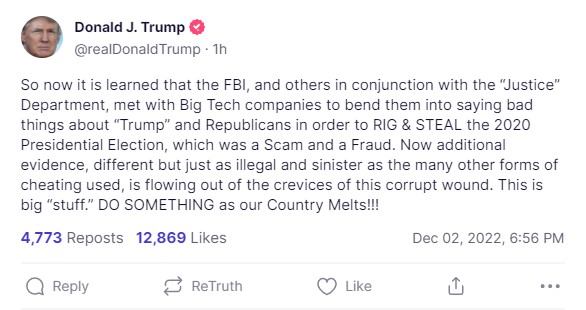 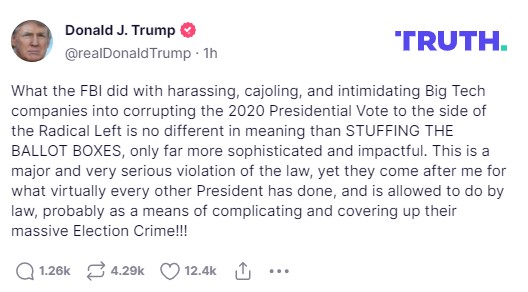 This story is still updating as Twitter and Tabbi are attempting to Tweet the evidence through thousands of files on the matter, we will update as the story continues.