Biden Running Into Big 2024 Problem: His Own Party Wants Him Out

Biden Running Into Big 2024 Problem: His Own Party Wants Him Out 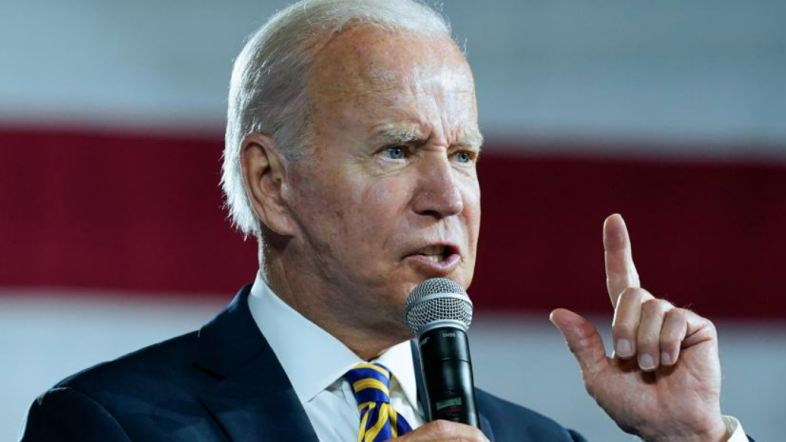 A new national poll finds Joe Biden could become the first president to lose his own party’s
nomination.

It’s a stunning rejection, and perhaps unprecedented, rejection by his own party.

Also opposing a Biden re-election bid are 66 percent of independents and 86 percent of
Republicans.

Biden’s hope appears to be sinking as inflation rises. The survey found a whopping 87 percent
of voters believed lawmakers should make curbing inflation their top priority.

Those same voters appear to not be pleased with Biden’s contribution to the effort.

“Despite a stronger than expected showing by Democrats in the congressional elections and
several legislative victories, Biden's overall approval slipped to 41% from 46% in the October
survey, with his disapproval rising to 54 percent from 50 percent. The President's economic
approval slipped to 38 percent from 40 percent and disapproval rose a point to 57 percent,”
CNBC reports.

“Just 20 percent of the public think the Biden administration's efforts to ease inflation are
helping, a five-point decline from October; 28 percent believe they are hurting, a two-point
decline, and 49 percent say they're not making much difference, a 7-point jump,” CNBC reports.
Biden is still considered a favorite, but not a lock, for re-nomination, as a multi-candidate
Democrat Party field splits the vote multiple ways and allows a candidate to win the nomination
without winning a majority of the primary vote.

Other candidates have managed to win their party’s nomination without winning most of the
vote.

Former President Donald Trump won the Republican nomination in 2016 with just 44.9 percent
of the vote, and former Senator John McCain won it in 2008 with just 46.7 percent.

The poll also found tepid support for Trump in 2024. Among Republicans, 37 percent believe he
should drop plans to run in 2024, along with 61 percent of independents and 88 percent of
Democrats.

Overall, only 30 percent of Americans support a Trump re-election campaign, with 61 percent
opposed.