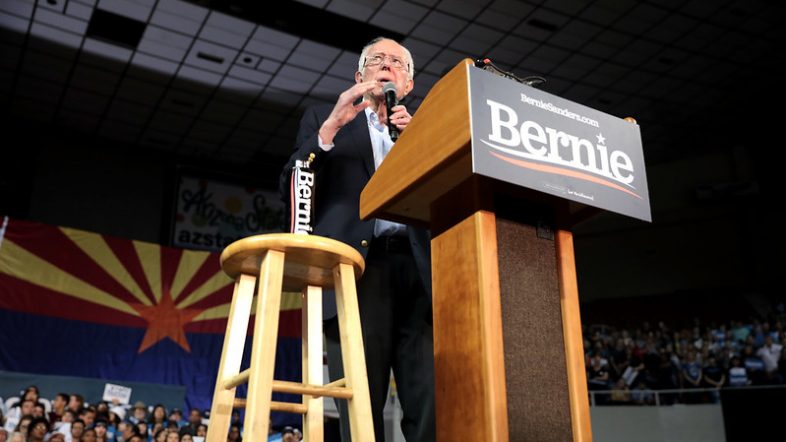 The Biden Administration and Department of Education are still ignoring questions on the student loan bailout, meanwhile, Bernie Sanders is pushing for tuition-free public college education. The student loan handout is in question by Democrats in hotly contested mid-term elections. Despite criticisms from his own party, Bernie is demanding free public college education. Appearing on ABC’s “This Week with George Stephanopoulus,” Bernie dug deep into demanding that the taxpayers foot the bill for all public colleges.

Appearing on ABC’s “This Week with George Stephanopoulos” Sunday, Sanders rebuked Republicans and vulnerable Democrats who criticized Biden’s decision to unilaterally forgive up to $10,000 for most borrowers. Sanders said Biden “did the right thing” and pushed for the even more radical policy of making public colleges tuition-free.

And Rep. Tim Ryan (D-OH), who is running for Senate in Ohio, said that the decision “sends the wrong message to the millions of Ohioans without a degree working just as hard to make ends meet.”
Read more at the Daily Wire.

The student debt bailout is a huge burden on taxpayers who will see a shocking tax bill this next tax season. With the Biden Administration and Department of Education not answering questions, many students, banks, and taxpayers are still seeking clarification. While the Republican party is outright slamming the student debt bailout, the Democrat party lies in a state of confusion. The remedy for this confusion would be getting to the root of the extravagant student loans, not bailing them out.